A+ A-
Print Email
WORKERS at a County Longford quarry made a shocking discovery earlier this week, after excavations revealed a landfill containing thousands of copies of David Gray’s 1998 album “White Ladder”. 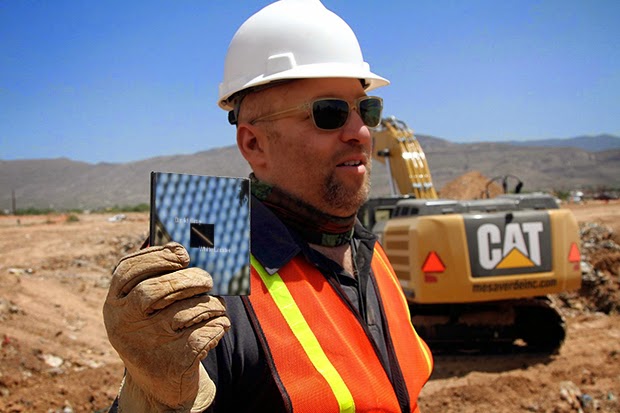 The cache of CDs, still in their wrapping, was uncovered in McHale’s Quarry outside Edgeworthstown on Monday. Quarry staff had been performing a routine dig of aggregates when they found the haul, which early estimates put at upwards of 90,000 copies.
White Ladder, originally released by Welshman David Gray in 1998, was not a chart success until its re-release in 2000, when it was bought by every man, woman and child in Ireland. To this day it remains the highest-selling album in Irish chart history, making Gray the most popular Welshman in Ireland since St. Patrick.
However, the discovery of White Ladder CD’s in Longford raises questions about just how many copies of the album were actually sold, with many conspiracy theorists suggesting that foul play may be involved.
“The numbers just don’t add up; there were more copies of White Ladder sold in Ireland than there were CD players at the time, ” said Paul Holton, spokesperson for the Irish Music Industry during a visit to the quarry where the CDs were found.
“So who was buying them all? What are all these unsold copies doing in a quarry in Longford? If we all loved David Gray so much, then how come he never had another hit in Ireland? We need to get to the bottom of this, although it is comforting to know that maybe we didn’t completely lose all our fucking minds in 2000″.
Investigators at the site continue to remove boxes of CDs from the hole, with reports coming in to WWN that they may have also recovered half a million copies of Maniac 2000.
Nhãn: Entertainment