A+ A-
Print Email
Leading Sunni Muslim body Al-Azhar said Sunday the world must unite in a "battle of all humanity" to prevent the Islamic State group from destroying Syria's ancient city of Palmyra. 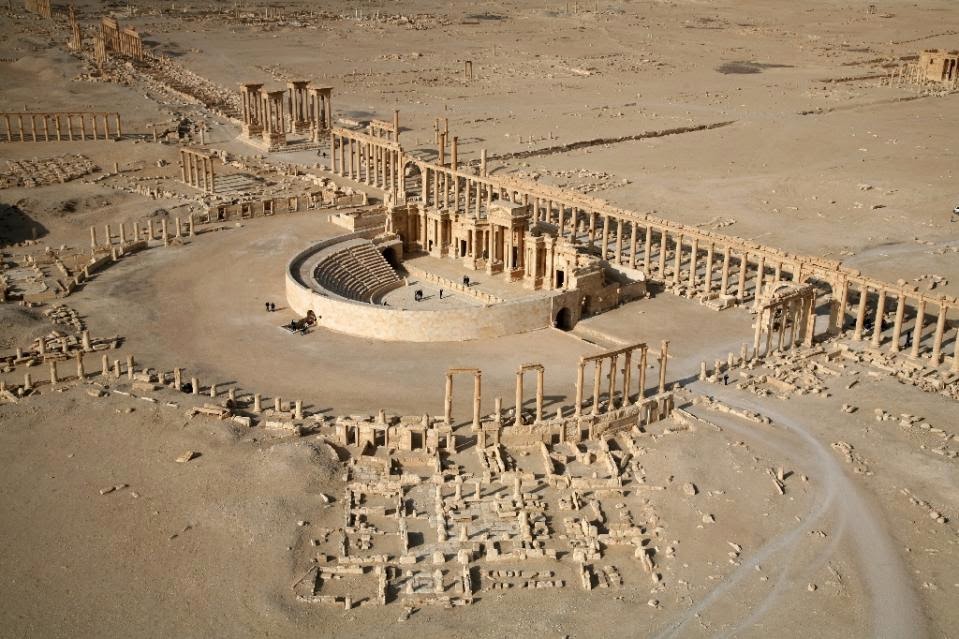 An aerial view taken on January 13, 2009 shows a part of the ancient city of Palmyra

The appeal came a day after Syria's antiquities director said that IS fighters had entered the museum in Palmyra and raised their black flag over the ancient citadel that overlooks the archaeological site.
"Protecting archeological sites from destruction and plundering is the battle of all of humanity," the Cairo-based Al-Azhar, a prestigious seat of Islamic learning, said in a statement.


"We have to unite our efforts in order to protect one of the most important archaeological cities in the Middle East from being destroyed by Daesh," it said, using an Arabic acronym for IS.
Al-Azhar said the international community must take urgent steps to prevent IS "from destroying the cultural and archaeological landmarks of the city" as it did in Iraq and other parts of Syria.
IS seized Palmyra on Thursday, sparking international concern for the 2,000-year-old UNESCO World Heritage site which is home to colonnaded alleys, elaborately decorated tombs and Greco-Roman ruins.
The jihadists are notorious for demolishing archaeological treasures since declaring a "caliphate" last year straddling Iraq and Syria.
They triggered outrage this year when they blew up the ancient Assyrian city of Nimrud and smashed artefacts in the Mosul museum, both in Iraq.
Al-Azhar said that Islamic sharia law forbids the destruction of world heritage sites and artefacts.