Urban Meyer: Braxton Miller will play at Ohio State in 2015

A+ A-
Print Email
Ohio State quarterback Braxton Miller has long been rumored as a transfer candidate.
Miller, working his way back from a shoulder injury that forced him to miss all of the 2014 season, is the wild-card in a three-man quarterback competition. 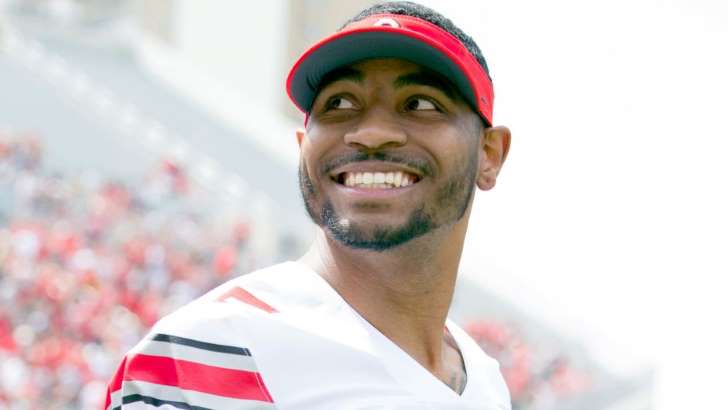 Cardale Jones -- who led the Buckeyes to a win over Wisconsin in the Big Ten title game before victories over Alabama and Oregon to win the national title last year -- is the only healthy QB Ohio State had during spring practice and is the leader for the job heading into fall camp.
Then there's J.T. Barrett, who started in place of Miller last year and was putting together a Heisman-type season before breaking his ankle against Michigan and missing the remainder of the year. He's expected to be fully healthy by training camp and in the running to win the starting job.
Behind those two guys is Miller, who many all but assumed would find another place to play quarterback this season in his final year of eligibility.
On Friday, head coach Urban Meyer said flatly that Miller will be a Buckeye in 2015.
Meyer also noted the physcial progress Miller is making.
What Meyer didn't say, of course, is that Miller will be the quarterback or that he'll even play quarterback at all. Some NFL evaluators believe Miller's best shot at a pro future could be at another position -- defensive back, perhaps -- because he's a great athlete. Not everyone is sold on him as a quarterback prospect in the NFL.
Meyer's words on Friday are consistent with the message he's maintained all offseason. Athletic director Gene Smith also said earlier this month he was confident Miller would be back.
Amid the incessant transfer rumors earlier this offseason, Meyer came on The Audible and voiced his displeasure with all third parties trying to influence Miller's decision.
There is still time for Miller to change his decision, of course. But for now it seems like Meyer won't get any help in deciding who will be Ohio State's quarterback this fall as the Buckeyes defend their national championship.
Nhãn: Sport