US Military Screwed Up And Accidentally Sent Live Anthrax to Labs

A+ A-
Print Email
U.S. lab workers were in for a rather nasty surprise when the inactive spores they were expecting to receive ended up being samples of live anthrax. This colossal mistake may have affected nine labs across the U.S. and one military base in South Korea. Twenty-two people at the Osan Air Base in South Korea are receiving precautionary treatment, the defense department says. An investigation is currently underway. 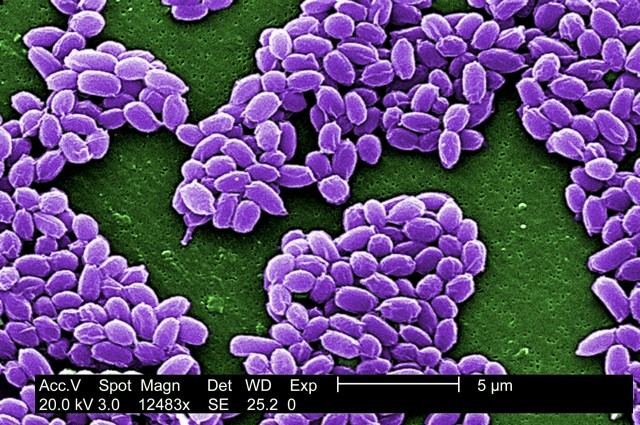 “All personnel were provided appropriate medical precautionary measures to include examinations, antibiotics and in some instances, vaccinations. None of the personnel have shown any signs of possible exposure,” a spokesperson for the Osan Air Base said in a statement.
The samples were quickly destroyed and the defense department has temporarily stopped shipment of anthrax until the investigation is completed. But how did this happen? "The best I can tell there was not human error," said General Raymond Odierno, Army chief of staff, in a press conference, according to Reuters.
This incidence comes a year after the Centers for Disease Control and Prevention (CDC) was reported to have sent live—instead of inactive—anthrax to labs. Though no one contracted the disease, the CDC also shut down their shipment of the infectious disease temporarily. Live anthrax is shipped frequently to labs, but there are specific protocols in place, which includes protective gear, so researchers are able to handle the samples safely.
“This is gross negligence. There is absolutely no excuse. Not for the shipping institution. Not for receiving institutions that failed to confirm inactivation upon receipt,” Richard Ebright, a molecular biologist and biosecurity specialist at Rutgers University, told Nature News.
Anthrax is a rare disease caused by a bacterium known as Bacillus anthracis. The CDC reports that anthrax is the biological agent most likely to be used in a terrorist attack. Amesh Adalja, an infectious disease physician at the University of Pittsburgh Medical Center, told Nature News that military labs do research on these pathogens as “a line of defense against bioterrorism.” He warns, however, that mishandling incidences like these could seriously impact public trust on this type of research.
Nhãn: Health-Science