A+ A-
Print Email
A U.S. operation has killed the senior Al Qaeda figure who issued the claim of responsibility for the Charlie Hebdo attack in Paris, according to U.S. sources familiar with the matter and a reported video posted by the group. 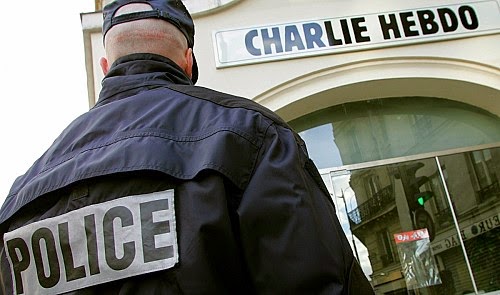 Ten people have been killed including one journalist after gunmen attacked the Paris office of French satirical magazine Charlie Hebdo.

Al Qaeda in the Arabian Peninsula (AQAP) said that its ideologue Nasser bin Ali al-Ansiwas killed with his eldest son and other fighters in Yemen in a U.S. air strike, according to the SITE Intelligence Group, which cited the online video. Reuters could not independently verify the video.
Ansi's death would suggest the covert U.S. drone program against the Yemen branch of the global militant group is continuing, despite the evacuation of American military advisers from the country amid a worsening civil war.
The U.S. sources said Washington believed Ansi was the AQAP commander of northern Yemen and that no civilians had been killed.
Ansi, an ideologue and former fighter, had appeared in several of the group's videos. In a message on Jan. 14, he said of the Jan. 7 attack in Paris that the "one who chose the target, laid the plan and financed the operation is the leadership of the organisation," without naming an individual.
A week later he called for lone-wolf attacks in Western countries like America, Britain,Canada and France, as such operations were "better and more harmful."
White House spokesman Eric Schultz declined to comment on Ansi's reported death.
"I'll review what we said previously, which is we continue to actively monitor terrorist threats emanating from Yemen. We have capabilities postured in the area to address them," Schultz told reporters aboard Air Force One.
In the Paris attack, 17 people, including journalists and police, were killed in three days of violence, including a mass shooting at the weekly Charlie Hebdo, known for its satirical attacks on Islam and other religions.
The attackers, two French-born brothers of Algerian origin, singled out the magazine for its publication of cartoons depicting and ridiculing the Prophet Mohammad. The bloodshed ended on Jan. 9 with a hostage-taking at a Jewish shop in which four hostages and the gunman were killed.
Ansi had also called for Yemeni Sunnis to confront the Houthi militia that has taken over large parts of Yemen since September. Al Qaeda views Houthis as heretics since they belong to a branch of Shi'ite Islam.
SITE cited media as saying Ansi was killed in a drone strike in Mukalla, a city in Yemen's Hadramawt governorate, in April, along with his son and six other fighters.
Ansi had fought in Bosnia in the 1990s and worked for al Qaeda in the Philippines andAfghanistan.
On April 14 AQAP announced that one of its leaders, Ibrahim al-Rubaish, had been killed by a U.S. air strike. Rubaish was a Saudi national released from the Guantanamo Bay prison camp in 2006.
The United States has poured aid and personnel into Yemen in recent years as part of its war on Islamist militants.
But it withdrew military personnel and pulled out of the al-Anad military base it was using inYemen last month, as Iran-allied Shi'ite Muslim Houthi fighters advanced, plunging the impoverished country further into chaos.