A+ A-
Print Email
China's land reclamation around reefs in the disputed South China Sea is undermining freedom and stability, and risks provoking tension that could even lead to conflict, U.S. Deputy Secretary of State Antony Blinken told a conference in Jakarta. 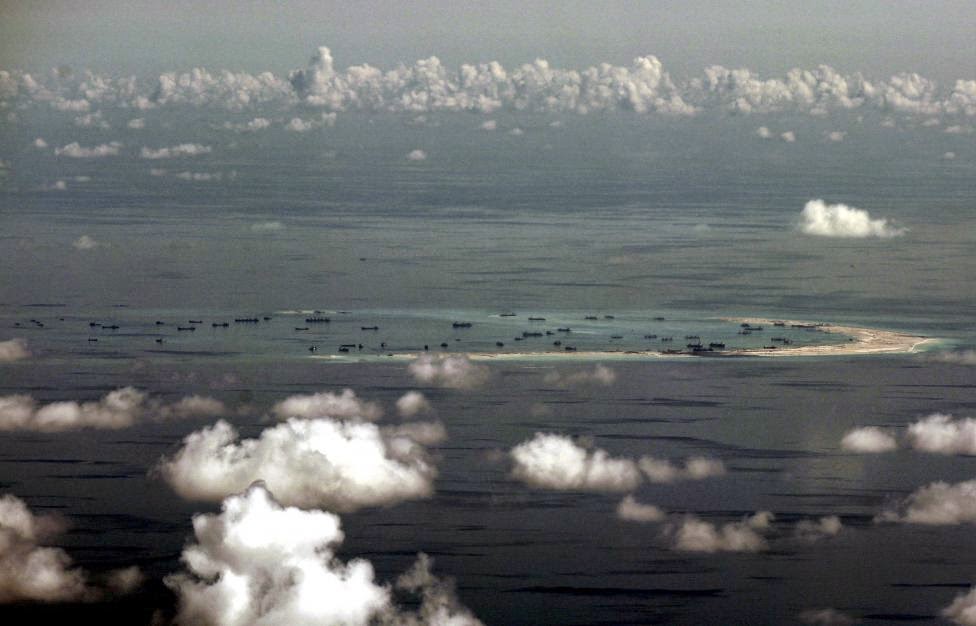 An aerial photo taken though a glass window of a Philippine military plane shows the alleged on-going land reclamation by China on mischief reef in the Spratly Islands in the South China Sea, west of Palawan, Philippines, May 11, 2015.

China claims 90 percent of the South China Sea, which is believed to be rich in oil and gas, its claims overlapping with those of Brunei, Malaysia, the Philippines, Vietnam and Taiwan.
Recent satellite images suggest China has made rapid progress in filling in land in contested territory in the Spratly islands and in building an airstrip suitable for military use and that it may be planning another.


"As China seeks to make sovereign land out of sandcastles and redraw maritime boundaries, it is "," Blinken said on Wednesday.
"Its behavior threatens to set a new precedent whereby larger countries are free to intimidate smaller ones, and that provokes tensions, instability and can even lead to conflict."
The United States and China clashed over the dispute on Saturday, when visiting U.S. Secretary of State John Kerry urged China to take action to reduce tension. China said its determination to protect its interests was "as hard as a rock".
Asked about Blinken's remarks, China's Foreign Ministry demanded on Thursday that the United States abide by the principle of not taking sides on the South China Sea, and said his comments damaged trust in the region.
"The U.S. assumptions are groundless," ministry spokesman Hong Lei told a regular briefing.
Blinken said the previous day that competing claims had to be handled "diplomatically".
"We don't take sides but we strongly oppose actions that aim to advance a claim by force or coercion," he said.
"We will continue to encourage all claimants to resolve their differences in accordance with international norms."
The territorial dispute is seen by many as one of Asia's most dangerous hot spots, posing risks that it could result in conflict as countries stake their claims.