A+ A-
Print Email
We all know about that use, but did you know Viagra has an impressively long list of other things that it’s either already used for or is being investigated for as a possible treatment option? Stroke, heart attack, age-related memory decline, jet lag, multiple sclerosis, diabetes and pain. But now, it seems that scientists may have found another, rather unexpected purpose for it: Preventing the spread of malaria. 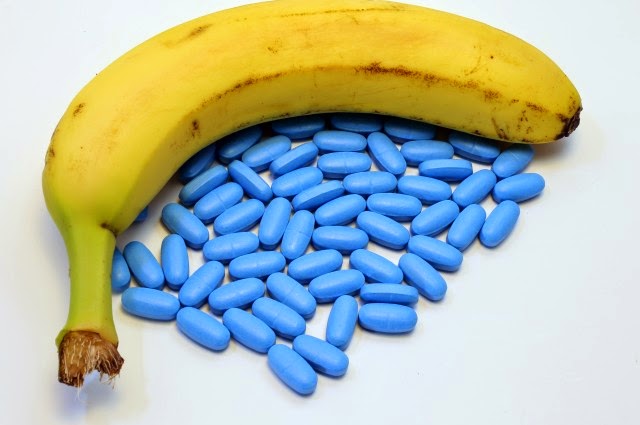 Malaria is caused by a parasite called Plasmodium falciparum, which completes part of its life cycle in its mode of transmission, mosquitoes, and the rest in humans. When an infected mosquito bites a susceptible person, the pathogens get into the bloodstream and develop inside our red blood cells, or erythrocytes. Although these serve as mini-parasite factories, they unfortunately don’t significantly alter the cell’s characteristics, which allows them to get passed our blood’s filtering system: the spleen.
Normally, erythrocytes are malleable so that they can squeeze through tight capillaries, but as they get unhealthy or old their flexibility reduces, which makes them more likely to get stuck in the spleen and cleared from the body. But the malaria parasites are able to alter the cell’s deformability, preventing them from stiffening up and thus ultimately encouraging transmission by remaining in the blood, ready to be gobbled up by another hungry mosquito that takes a meal.
Researchers therefore figured that if they could help the infected cells harden up, they might be able to reduce their persistence in the circulation and thus ultimately interrupt further malaria transmission. After discovering that deformability is regulated by a pathway that involves a molecule called cAMP, which promotes stiffening when it builds up inside cells, scientists from the Institut Cochin, the Institut Pasteur and the London School of Hygiene and Tropical Medicine sought to find a way of altering its levels.
As described in PLOS Pathogens, they found that cAMP is degraded by an enzyme called phosphodiesterase, so they began testing a bank of potential agents to see if any blocked its activity, which would prevent cAMP levels from dropping. Of those examined, they identified several that were efficient at inhibiting this enzyme, including Viagra, which made cells less deformable and thus less likely to sneak through the spleen and remain in circulation. Although they have yet to see if the same happens in animals or humans, they did demonstrate their effectiveness in a model of the spleen’s filtration system. But since Viagra is already licensed, getting approval for clinical trials should be relatively simple.
Of course, if Viagra were to be considered for use in humans, then it would need to be modified so that it doesn’t cause that perhaps unwelcome side effect, which could certainly make things a tad awkward.
Nhãn: Health-Science