A+ A-
Print Email
Film studio Warner Bros will review its promotional campaign for disaster movie San Andreas following the recent Nepal earthquake.
Spokesman Paul McGuire said the studio wants to ensure it is sensitive to people affected by the tragedy. 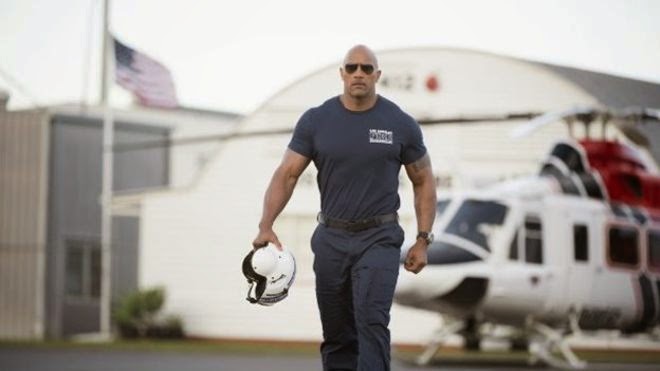 Some 5,500 people died in Saturday's 7.8-magnitude quake, and tens of thousands have been left homeless.
San Andreas, which stars The Rock, is set in the aftermath of a devastating earthquake in California.
The trailer features scenes of Los Angeles skyscrapers collapsing and a massive tsunami bearing down on San Francisco's Golden Gate Bridge.
Warner Bros will stick to the original release date of 29 May, but will revise its publicity material.
Promotional materials will now include information about ways in which people can participate in relief efforts.
A planned public service campaign, giving tips on how to prepare for natural disasters, will also be accelerated - with additional information on how to support relief efforts in Nepal.
Warner Bros' parent company, Time Warner, will also match any donations its employees make to disaster relief.
Trailers and poster art for San Andreas, however, will not be changed, according to trade paper Variety.
Warner Bros is not the only studio to reassess its plans following the disaster.
Universal Pictures is releasing Everest, a non-fiction account of a tragic 1996 expedition, in September.
With 19 people killed on Mount Everest in Saturday's seismic event, the studio is also considering changes to its promotion.