Why Does Day Care Protect Children Against Leukemia?

A+ A-
Print Email
It’s a curious link: Children who start day care earlier in their life are less likely to develop acute lymphoblastic leukemia. The cancer occurs when the body starts over-producing immature white blood cells that then crowd out other cell types from the child's blood. This causes symptoms similar to anemia, as well as an increased chance of excessive bleeding.
Now, scientists might have figured out what it is that drives this cancer, and why starting day care earlier might help protect against developing it. The new research, published this week in Nature Immunology, suggests that exposing children at an early age to minor infections might 'prime' the body, reducing the likelihood that the immune system will react disproportionately when triggered later in life. Without this exposure, repeated bacterial infections can cause the immune system, specifically the genes that control the production of white blood cells, to overreact and continue unchecked, causing acute lymphoblastic leukemia (ALL). 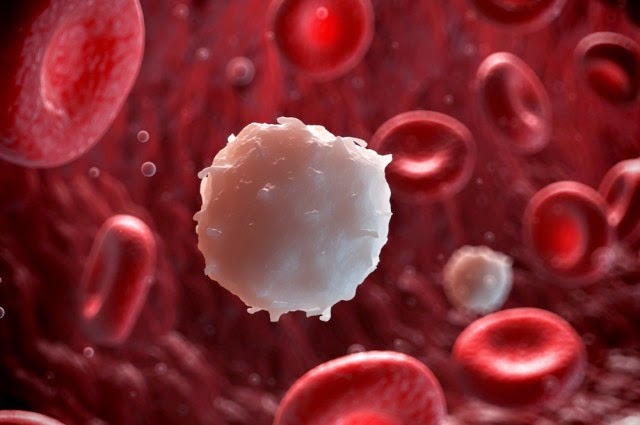 This is why, the researchers propose, sending children to day care early in life—where contact with coughs and sniffles are common—might help defend the child from this type of cancer. They also say that this could explain the link found by several studies between a reduction in ALL cases and the Haemophilus influenzae Type b (Hib) vaccine used against certain bacterial infections.
“Hib and other childhood infections can cause recurrent and vehement immune responses, which we have found could lead to leukemia, but infants that have received vaccines are largely protected and acquire long-term immunity through very mild immune reactions,” explained Markus Müschen, senior author of the study.
Researchers from the University of California, San Francisco, found that the mechanism that normally produces healthy white blood cells tailored to fight against specific infections might go wonky. Mutations in their gene-editing proteins, which normally allow the white blood cells to be so plastic, produce damaged cells that then go on unchecked to cause the leukemia.
They found that repeated childhood infections later on can make the immune system overreact, putting the areas of DNA that code for these gene-editing proteins into overdrive and increasing unregulated mutations that can then trigger the leukemia. Exposing children to early, minor ailments primes their immune system and makes them less likely to overreact later on.
ALL is the most common childhood cancer, accounting for 25% of cancer diagnoses and affecting roughly 650 children every year. The outlook when diagnosed is actually quite good, with around 85% able to be cured. “These experiments help explain why the incidence of leukemia has been dramatically reduced since the advent of regular vaccinations during infancy,” said Müschen.
The results are certainly encouraging, although, as one of the authors Mel Greaves told Science, whilst the Heb vaccine has an impact, “If it really worked as well as that, we wouldn’t have leukemia.” It remains to be seen if particular infections are more likely to trigger ALL, although the evidence so far seems to suggest not.
Nhãn: Health-Science