Woman Caught Up In Abusive Relationship With The Daily Mail

A+ A-
Print Email
AFTER years of being undermined by the Daily Mail, a woman has come forward to share her story of her relationship with the paper and how she feared she would never be freed from it.
Carly Donohue, a GP receptionist, began seeing the Daily Mail four years ago but says the warning signs of its abusive tendencies were not noticeable at first.
“It was great in the beginning, I’d see it once, maybe twice a day,” a shaken Carly told WWN, “but then the more time we spent together the more volatile it became”. 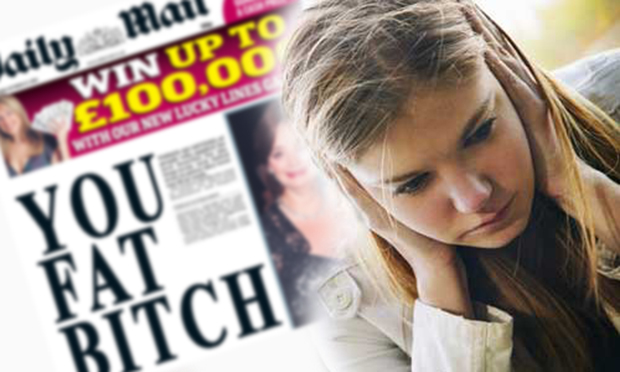 “It would go from telling me to happy with myself and my body and then all of a sudden, it would change and become angry, telling me I should hate my body and that I was either too fat or too skinny but I found it hard to contemplate leaving”.
The 24-year-old admits that plenty of friends had warned her about the Daily Mail but she insisted on maintaining contact.
“I suppose I was young, I thought all relationships with news sites were like this but I, I was wrong,” Carly added.
The turning point came when Carly noticed something different about the Daily Mail.
“Well, normally I’d only really interact with its right hand side, and although sometimes it would lash out I thought ‘who doesn’t let off a bit of steam’ but then I saw a completely different side to it”.
The side Carly speaks of is the left hand side of the Daily Mail website which Carly was horrified to learn had an altogether different complexion.
“Here was this thing I thought was supporting me, helping me, furnishing me with knowledge only to learn that this whole time I’d been told about celebrities were up to, it was being racist, xenophobic and homophobic behind my back and it had such disdain for the poor and vulnerable,” Carly said now patting away tears from her cheeks.
Carly said it was her friends who had initially warned her that rallied around her when she admitted she needed to break things off. It has been 3 weeks since she has seen the Daily Mail and Carly admits she is the happiest she has been in a long time.
“Yeah, I feel reinvigorated, without the constant sniping coming out on my phone on the bus into work, I’m just catching up on reading some books. I feel more relaxed about everything”.
Nhãn: Entertainment