A+ A-
Print Email
SLIGO native Niamh Healy’s eyebrows stopped making sense years ago, WWN can exclusively reveal today.
Although for a number of years friends and family of the 23-year-old student have speculated privately as to what exactly was going on with her eyebrows, they have now collectively reached the conclusion that they make little to no sense. 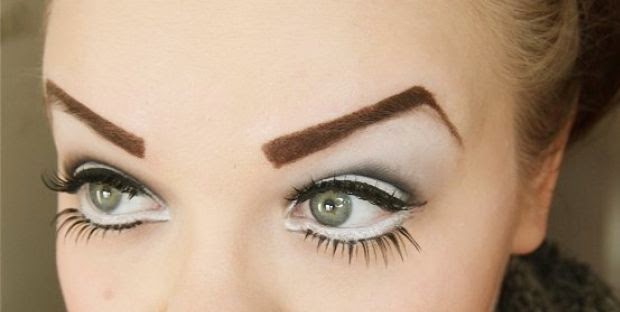 Several years of waxing, tweezing, penciling and most recently HD brow treatments have left Niamh with little or no knowledge of where her real eyebrows actually once began.
“I only want what’s best for my Niamh,” explained Niamh’s mother Deirdre who had initially presumed her own confusion over her daughter’s eyebrows to purely be a ‘generational thing’.
With many women seeking to emulate the effortless eyebrow chic of today’s celebrities, HD eyebrows has become a common service offered in a number of salons and beauty emporiums throughout Ireland with varying degrees of success.
“Niamh came to me with a vision,” explained eyebrow artist and curator Maxwell Brown, “a vision of strong, vibrant, ‘statement’ eyebrows,” Brown added before going into detail the steps involved in his HD brow treatment which involved making Niamh look more sinister than Cruella DeVille.
“She’s doing art up there in Dublin so I just presumed she was doing some sort of Dali surrealist work on her forehead,” admitted Niamh’s father Donal, “but I didn’t want to say it out loud in case everyone laughed me out of it,” added Donal clearly unaware that the eyebrows owed more to the Cubist art movement.
Despite her parents resignation, Niamh’s friends believe that one day her eyebrows will return to back to normal.
“We just don’t fucking mention it. When I’m talking to her I just stare at her nose otherwise I’m just not sure how to react to her constant state of shock,” concluded friend Hannah Sullivan.
Nhãn: Lifestyle