A+ A-
Print Email
Good news: Despite our continually bloating population, the number of hungry mouths across the globe has dropped significantly over the past quarter century. In the early ‘90s, one billion people, or almost one in five, were chronically undernourished. Now, that number has decreased to just below 800 million, or about one in every nine, according to the most recent edition of the UN hunger report.
While 216 million fewer hungry people over 25 years may sound like a modest reduction, and 800 million is still a depressing figure, there is cause to be hopeful for the future as this drop was achieved in spite of the globe gaining an extra 2 million humans. 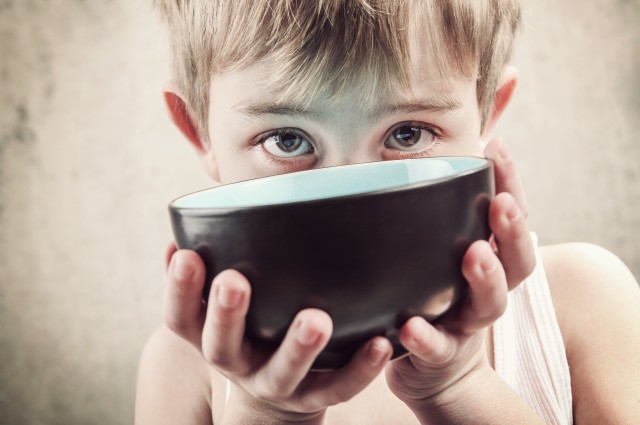 According to the document, named "The State of Food Insecurity in the World 2015" (SOFI), in developing regions the proportion of undernourished people, or those not eating enough food to lead an active and healthy life, has almost halved since 1990, decreasing from 23.3% of the population to 12.9%. Furthermore, of the 129 countries receiving ongoing monitoring by the Food and Agriculture Organization of the United Nations (FAO), an impressive 72 managed to reduce the prevalence of hunger by 50%, which was one of the targets for 2015 set by the Millennium Development Goals (MDG). Eight MDGs were laid out by the UN in the year 2000, which varied from providing more education to stopping the spread of HIV.
“The near-achievement of the MDG hunger target shows us that we can indeed eliminate the scourge of hunger in our lifetime,” FAO Director General José Graziano da Silva said in a statement by UN Malawi. “We must be the Zero Hunger generation.”
Areas highlighted by the report in which progress was particularly notable were East Asia, southeast and central Asia, Latin America and the Caribbean. And while many areas of Africa are still ravaged by undernourishment—such as the world’s hungriest region, Sub-Saharan Africa—other parts also made significant progress. Some areas of West Africa even reached the MDG hunger target, mostly due to the installment of much needed infrastructure and investment in agriculture.
While we should be encouraged by these laudable worldwide efforts, it’s certainly not time for complacency and there are still some major barriers hindering further hunger reductions. For example, as pointed out by the document, economic issues, natural disasters, civil crises and political instability can all result in major setbacks. Furthermore, despite an overall global improvement, some areas have seen an increase in hunger; twenty-four countries in Africa are in the midst of food crises, which is double the 1990 figure.
It is crystal clear there is still a long way to go, but what has been achieved so far shows how economic growth, improvements in agricultural practices and social protection can all combine to begin to make a real dent in this global issue.
Nhãn: Health-Science