A+ A-
Print Email
Malaysian authorities are arranging for helicopters to transport 11 bodies that were recovered after an earthquake struck near Mount Kinabalu, while nine people from a school in Singapore remain missing. 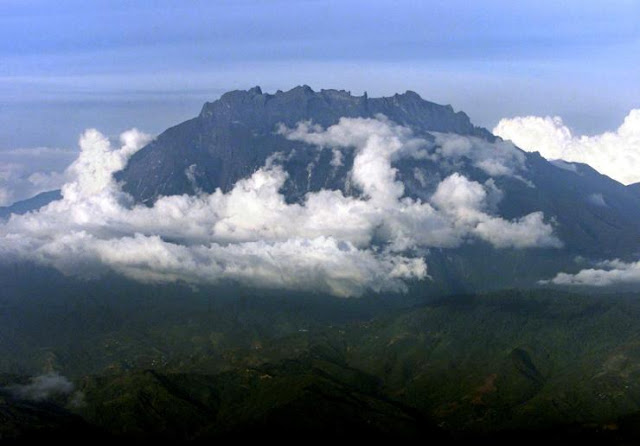 Mount Kinabalu appears through the clouds over Kota Kinabalu, capital of the east Malaysian state of Sabah on Borneo island, in this file photo of Reuters

The police forensic team has arrived to assist and two of the bodies have been identified, Sabah’s Minister of Tourism, Culture and Environment Masidi Manjun wrote on Twitter. As of noon local time, eight people are still missing, Masidi wrote.


Search-and-rescue operations for climbers on Southeast Asia’s highest peak are under way after an earthquake with a magnitude of 6.0 hit Ranau district in the eastern state of Sabah on Borneo island Friday. Tremors were felt in Tambunan, Pedalaman, Tuaran and Kota Belud, according to a statement from the Malaysian Meteorological Department.
The temblor occurred around 7:15 a.m. local time, when climbers tend to descend after reaching the summit in the early hours of the morning, said the Malaysian Meteorological Department. In recent years, Sabah state has experienced minor earthquakes, it said.
Twenty-nine students and eight teachers from Tanjong Katong Primary School were on a fieldtrip to Kota Kinabalu, according to an e-mailed statement from Singapore’s Ministry of Education. Of these, seven students and two teachers remain missing as of 12:20 p.m. local time, the ministry said.
In addition, 58 students and eight teachers from Greenridge Secondary School and Fuchun Secondary School returned to Singapore at 12:20 a.m. on June 6, according to a separate statement from the ministry. Singapore has sent a team of counsellors, as well as officials from the police, Singapore Civil Defence Force and Ministry of Transport, to assist.
The bodies of Peony Wee Ying Ping, a 12-year-old student from Singapore, and Robbie Sapinggi, a 30-year-old mountain guide, were brought down and taken to Queen Elizabeth Hospital in Kota Kinabalu for the post mortem, The Star reported Saturday, citing Farhan Lee Abdullah, Ranau district’s police chief.