Broncos impose 'fart tax,' which has become a problem for Von Miller 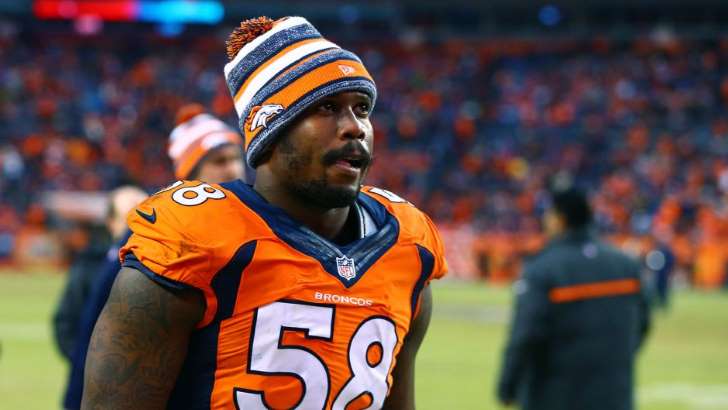 © Mark J. Rebilas-USA TODAY Sports Jan 11, 2015; Denver, CO, USA; Denver Broncos linebacker Von Miller (58) against the Indianapolis Colts in the 2014 AFC Divisional playoff football game at Sports Authority Field at Mile High. The Colts defeated…
Cut the cheese, then cut a check.
That's what Broncos linebacker Von Miller apparently does on a regular basis, and the team is so upset about flatulence they have issued a punishment.
Miller told the Denver Post that he gets fined by the Broncos for passing gas during team meetings:
"They can't fine me if I walk away," Miller said, via the Post. "It's not healthy. I keep trying to tell them it's not healthy if I just sit there and hold it in. Nobody in the world does that. I just do it more than the average person."