A+ A-
Print Email
Each year, up to half a million individuals across the globe suffer a spinal cord injury, many of whom will experience permanent loss of sensation or movement below the affected area. A significant amount of money and research effort is therefore ploughed into finding ways to repair the damage, yet there’s still nothing on the market that has proven to be effective. 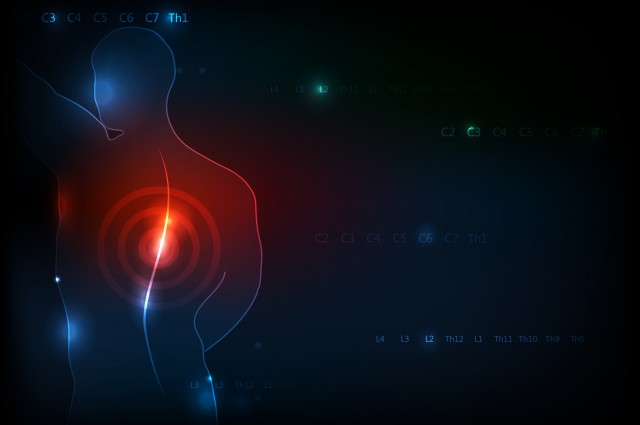 But it’s certainly no time to give up, as scientists have found that a group of drugs currently being tested as anticancer therapies not only helped cells heal in the lab, but also allowed paralyzed mice to regain mobility. Early cancer trials have demonstrated the drugs’ safety, so researchers are hopeful to soon pursue research on rats before moving on to humans within the decade. The study has been published in Brain.
Broadly, the nervous system can be divided into two parts: the central nervous system (CNS), which consists of the brain and spinal cord, and the peripheral nervous system (PNS), which carries information between the CNS and organs, muscles and sensory organs. These two systems differ in several important ways, including the way their cellular components respond to injury. Those in the PNS possess the ability to regenerate following trauma, but those in the CNS do not. Therefore, if severe enough, CNS injuries can permanently prevent the brain from talking to certain parts of the body as the break in this neuronal circuit interrupts data flow.
There are two main reasons for this difference in regenerative ability. Firstly, the cellular environment is different in these two systems; while cells in the PNS will immediately receive considerable regenerative support, for example through the release of growth factors, cells in the CNS actually secrete inhibitory substances and also build impenetrable scar tissue. Second, cells in the CNS actually lack an intrinsic ability to regenerate.
While this combination of factors may not sound hopeful, researchers believe that it should be possible to manipulate the signaling pathways that kick in following injury and thus prevent them from automatically entering non-regenerative mode. This is what researchers from Imperial College London have been endeavoring to do, focusing their efforts around proteins called ubiquitin ligases. That’s because these molecules have been shown to both control the development of neurons and regulate turnover of other factors involved in the neuronal regeneration process. However, their precise role in the regeneration process was unknown.
After examining the protein networks active following neuronal injury, the researchers found that a protein called MDM4, when associated with another molecule, can form inhibitory complexes when combined with certain other proteins in the cell. But if they deleted MDM4 in neurons in a dish, the damaged cells began to regenerate. Taking this one step further, the researchers wanted to see if they could block this inhibitory complex from forming in live animals. Interestingly, molecules that join up with MDM4 in this inhibitory pathway are known to play a role in tumor development, and cancer drugs have already been developed to target them.
Administering these agents to paralyzed mice with partially severed spinal cords was found to both help the damaged nerves re-grow and encourage functional recovery. Compared with control mice not receiving treatment, where only a few recovered movement, 75% of those given the cancer drugs regained the ability to walk. Certainly, these early results are encouraging, but further animal studies are needed before trials on humans can be considered, although the fact that they have already passed safety trials is promising.
Nhãn: Health-Science