A+ A-
Print Email
THE driver of a BMW who was inches away from your car was obviously just checking out your hilarious bumper sticker back there and not trying to force you into a slower lane of traffic. 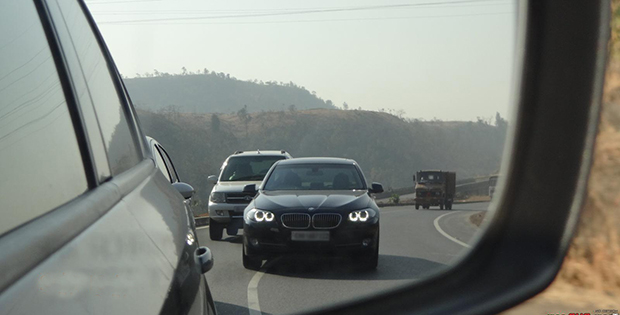 Mark Dunne, the door-to-door insurance salesman behind you, was almost definitely chuckling away to himself at your fantastic choice of wit, forcing him to flash his headlights repeatedly in hysterics.
His obvious appreciation was further cemented by a series of beeps from his 5-series car-horn and then animated through various different types of hand gestures you somehow failed to understand.
Pulling into the slow lane to your left, Mr. Dunne passed you on the inside in a bid to congratulate your genius with a rather stern but knowing stare, before flooring the car’s 3 litre accelerator to the ground, leaving behind an air of camaraderie that can be only found on a busy Irish motorway.
Finally realising your rather average land speed, you veer off gently much to the delight of the rather large stream of traffic behind you, who will now certainly miss out on your most hilarious ‘if you can read this, then you’re too close’ bumper sticker.
Nhãn: Lifestyle