A+ A-
Print Email
IT is a search that has caught the attention and imagination of the Nation.
Donegal native Daniel O’Donnell has praised the work of local Gardaí as the famous singer’s testicles have been returned to him alive and well, a number of years after they were first reported missing.
Famed for his soft spoken demeanour and angelic voice O’Donnell has for years been searching for his beloved right and left bollock after they were stolen by thieves while he was still in secondary school. 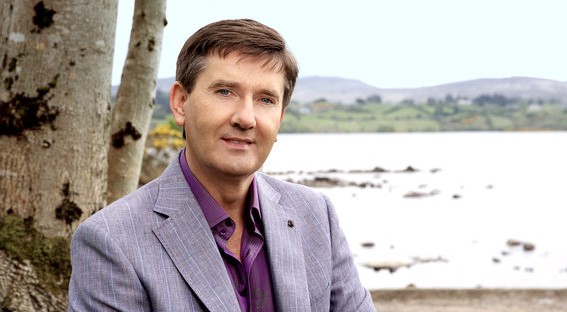 “In a way I owe them everything as my singing voice has brought me financial security, but at the same time I always missed my balls,” O’Donnell confirmed at a press conference announcing the safe return of his testicles.
In a complex operation requiring thousands of man hours, Donegal gardaí combed the country for the testicles, which were stolen while O’Donnell played football with some friends, leaving them unattended for just 4 minutes.
“Well, obviously there’s the usual barrage of missing posters and pictures put up in the community, and then we had a sketch artist do up a sketch of what they would look like now, bit of hair on them and everything – it was very realistic,” Sergeant Pól Murray told WWN.
After intensive canvassing of the wider Donegal area, a 79-year-old woman came forward with what she believed to be O’Donnell’s missing testicles.
“She said she remembers one day when her sons, pupils at the same school as O’Donnell, were out on the road throwing what she thought were little stones at one another but after the appeal she had a look in the shed and low and behold there they were in an old shoe box one of her sons had,” confirmed Sergeant Murray.
O’Donnell has thanked everyone involved in the search and has confirmed that after a quick wash, the testicles fit like a glove.
Nhãn: Entertainment