Do Hunter-Gatherers Smoke Cannabis To Protect Against Worms?

A+ A-
Print Email
Smoking a joint might make some feel good, but is that the only reason that people first started smoking cannabis, or did humans start puffing the green herb because it also had medicinal properties? A recent study, published in the American Journal of Human Biology, researchered whether smoking marijuana bestowed isolated hunter-gatherer tribes with health benefits.
More specifically, researchers from Washington State University looked into whether people far from the influence of Western media might smoke the ganja to self-medicate against worms. They settled on the Aka hunter-gatherers deep in the central African rainforest, who are known to smoke cannabis. The results show that whilst the researchers don’t believe they’re deliberately smoking it to cure themselves of worms, it does seem to confer some benefit. 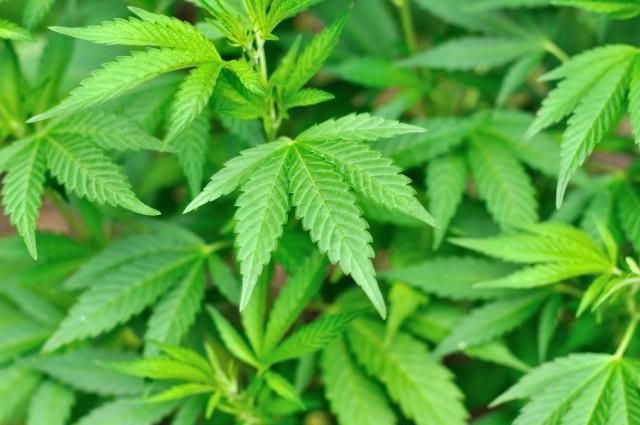 The current explanation for smoking cannabis is that it simply makes us feel good. But others note that while this might be true, it also tastes bitter and can make us feel sick because our body sometimes views it as a toxin.
“So we thought, 'Why would so many people around the world be using plant toxins in this very 'recreational' way?’” said Ed Hagen, one of the study's authors. “If you look at non-human animals, they do the same thing, and what a lot of biologists think is they're doing it to kill parasites.”
In the lab, both nicotine and cannabis kill intestinal worms called helminths, so the researchers decided to investigate if there was a link between smoking pot and parasite load—the number of worms infecting a person. Do some people, who are far from conventional medicine and the media, actually smoke cannabis to self-medicate against worms?
Using nearly 400 Aka people, the researchers took urine samples to test for biomarkers from cannabis, and poop samples so they could count the number of eggs and calculate their level of helminth infection. They found that the drug use was predominantly a male activity, with close to 70% of men smoking cannabis compared to only 6% of women. But they also found that within men, it was more likely to be younger guys with less material wealth.
The study also discovered that those smoking the most cannabis did indeed have a significantly lower parasite load. The scientists then treated the participants with a commercial antihelmintic medicine, and after a re-examination one year on, they found again that those who smoked the most cannabis were reinfected with fewer worms.
There are, however, a few limitations to the study. As always, correlation does not equal causation. Marijuana has been shown to kill helminth worms in the lab, but the toxins that are responsible have not yet been identified and to date it’s never actually been shown to do the same in the human body. The authors also admit that it’s not even known if cannabis can kill the types of worm they measured in this study anyway, or if the amount of weed consumed would be toxic enough to kill them.
You might also want to ask that if there was such a huge medicinal benefit to smoking cannabis, why it is that only men, and even then predominantly only younger men, smoked it most of the time?
Nhãn: Health-Science