A+ A-
Print Email
DUBLIN lad Ronan Scully is still using his ex-girlfriend’s Netflix account despite the fact they broke up over 6 months ago.
“She said when she dumped me she wasn’t going to keep the account, so one day out of curiosity, I checked and next thing I knew I had binged all of Better Call Saul,” the 22-year-old student told WWN. 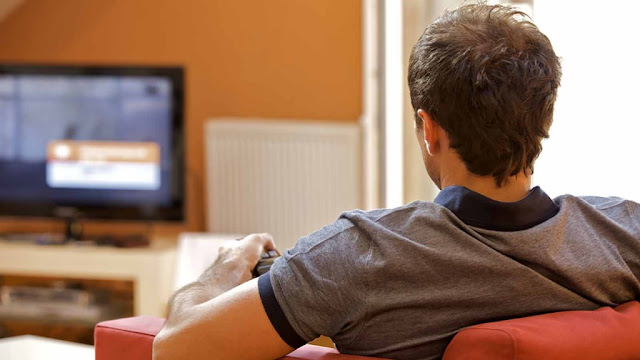 Scully cites the fact that his ex, 21-year-old student Kate Moran, had not changed her password from ‘taylorswift1′ as sufficient invitation to carry on using the streaming service. He reluctantly admitted to going on mammoth binge-watching sessions, sometimes forgetting to sleep or eat over the course of 72 hours.
“I’d set up and pay for my own obviously, but I’m heading into final year next year and I could do with saving all the extra cash I can,” Ronan explained before admitting his conscience had been tested recently.
“I could see she had watched The Notebook, so here I am using her Netflix and her at home alone watching some soppy shite because she misses me, I made sure to watch it myself just to see how soppy it actually was,” Ronan offered, completely discounting the fact that The Notebook is the ideal movie to watch before getting down to business with a new boyfriend for the first time.
“We’re a bit like ships in the night, we keep missing each other, but I can see she’s watched Pitch Perfect, Clueless, Eternal Sunshine of the Spotless Mind or Bridesmaids, so I just watch them again to feel closer to her I guess. Not that I miss her,” the Commerce student explained.
When contacted by WWN, Miss Moran was surprised to learn Scully was still using the streaming service for all his TV and film needs.
“I’m not really on it at all to be honest, might cancel now that I know Ronan is hogging it. It’s my new boyfriend Alex that’s constantly watching it though, says they have good action movies,” Moran revealed.
Nhãn: Entertainment