High In Fibre Broadband Unveiled Across The Country

A+ A-
Print Email
THE Nation’s internet providers have unveiled the latest in astonishing technology, which will further enhance customer experience while browsing the web.
Hot on the heels of Ireland’s roll out of broadband and fibre broadband which changed the lives of at least 12 people comes new ‘high in fibre’ broadband. 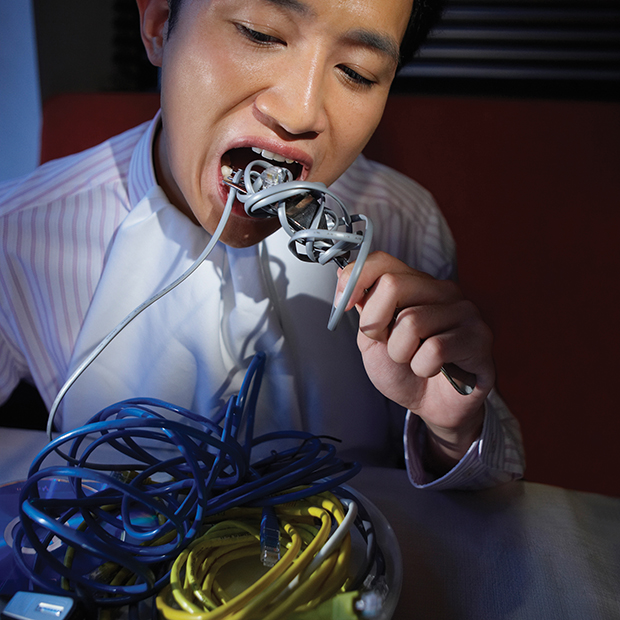 Not only does high in fibre broadband quickly load content before you’ve even thought about clicking on it, it is also nutritionally superior to all previous internet packages.
“The average download speed of high in fibre broadband is 40 gigabytes a second and will available to 100% of the country for a reasonable €130 a week,” the heads of all the country’s internet providers said through a joint statement.
The providers immediately denied claims that everything they said was a lie, barring that part about the ludicrous price.
“Perhaps in the past we haven’t lived up to certain claims, and when customers complained about there being no fibre in their broadband, we just knew we had to roll out a high in fibre option,” the providers added.
“We’re all about the customer,” explained the head of one of Ireland’s internet providers who are famously not about the customer in any way, shape or form, “high in fibre broadband actually works to feed the customer with fibre while also playing videos on YouTube”.
While not revealing the technology behind the nutritional internet, the providers involved have confirmed they were doing the Nation a favour and should probably be honoured in some sort of State ceremony in the near future.
Nhãn: Health-Science