The evolution of past and modern therapies in breast cancer has been an inspiring illustration of the progress that has been made towards cancer cures. Breast cancer makes up a quarter of new cases worldwide and is the most common cancer in women.
While the number of people with breast cancer has been increasing fewer people are dying from the disease, potentially because of better screening and diagnosis at an early and more curable stage. Thanks to better treatments, more people are also surviving five years after diagnosis, but this wouldn’t be possible with the strides that have been made in understanding breast cancer at a molecular level. 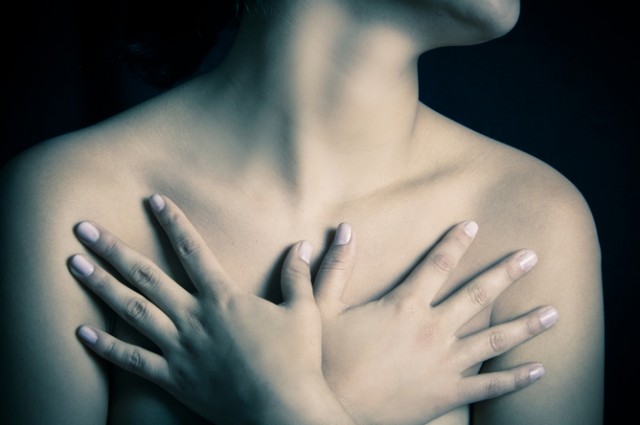 Breast cancer was long considered as a tumour with an underlying relationship with oestrogen. Instead, driven by a greater understanding of the molecular basis of breast cancers, we now see a more complex picture. We now know breast cancer to be an umbrella of different diseases – as many as ten different types – with a number of subtypes.
And although a number of factors can contribute towards developing breast cancer, there is no single agent or cause. A closer look at cancer detection, molecular biology and progression is telling us more about the underlying factors in breast cancer development and spread.
No One Breast Cancer
Despite the uncertainties of what exactly causes breast cancer, there is abundant evidence for hormonal and reproductive factors. A number of environmental factors may also lead to mutations in DNA, such as exposure to radiations, chemicals and alcohol. However not all of the mutations are environmentally induced – some occur spontaneously. Other factors that increase risk of developing breast cancers are age, gender, family history and certain medical conditions.
A wide range of genes and proteins may contribute towards the development of breast cancer or fail to prevent it; these can be either involved in regulating the cell cycle, promoting the growth of tumour cells (known as oncogenes) or suppressing tumour cell growth (known as tumour suppress genes). There are also genes that are involved in promoting cell death along with genes involved in DNA repair. 
For example, inherited breast cancers can involve mutations in BRCA1 and BRCA2, genes that are crucial in DNA repair. Mutations in these genes result in incorrect repair of DNA damage which in consequence increases risk of further mutations occurring that may then lead to cancer. Genetic tests are now available to test for such genes, which are known to increase the risk of developing breast cancer by 40-90%.
Four Subtypes
Gene expression is the process in which genetic instructions are used to make gene products, mainly proteins that function as enzymes, hormones and receptors. Gene expression profiling is a technique that allows scientists to determine the expression levels of hundreds or thousands of genes within a cell.
Breast cancer cells have receptors that other hormones or proteins can attach to and stimulate the cancer to grow. These receptors include the hormones oestrogen and progesterone, and human epidermal growth factor 2 (HER2), a protein. 
The expression of breast cancer receptors has led to the molecular classification of breast cancer into four distinct subtypes: basal type or triple negative breast cancers (TNBC), HER2 positive breast cancers, Luminal A and Luminal B breast cancers – each with a different combination of positive/negative receptor interactions.
A Luminal B type cancer will be positive and/or negative for oestrogen receptors and positive for HER2, for example, while triple negative breast cancers are those that do not have receptors for either HER2 or for the hormones oestrogen and progesterone, and affects about a fifth of women with breast cancer.
Establishing the presence of these receptors can allow clinicians to make more accurate prognosis and work out which treatments will be more effective for particular patients. For example, 20-30% of breast cancers are known to be HER2 positive, which indicates a poorer prognosis with a reduced overall survival rate.
Some breast cancers are more common in particular populations, for example the occurrence of triple negative breast cancers is thought to be three times higher in women of African descent and usually more aggressive than in European women, there is still some debate over wheather this is due to lifestyle (enviromental) factors or biological reasons.
Targeted Therapies
Targeted therapies tend to target a specific protein or receptor found in tumour cells making the treatment selective and more effective. So while HER2 positive breast cancers have a poorer prognosis, treatment has improved through targeted therapies such as Herceptin, which fights against cancer cells by suppressing the function of HER2 to prevent tumour growth.
Unlike chemotherapy and radiotherapy, which affects both normal and cancerous cells, using targeted therapy reduces overall side effects. But it isn’t perfect – some patients still don’t respond to targeted therapy and there can be resistance to the drug in some cases. New technology such as proton beam therapy may provide a more targeted form of radiotherapy. 
The Gene Trail
In addition to BRCA1 and BRCA2, a number of genes – though rarer – that increase the risk of breast cancer when faulty have been identified. These include the ATM gene – which helps repair damaged DNA, the CDH1 gene – which makes a protein that helps cells join together to form tissue, and the CHEK2 gene – which helps create instructions for a protein that stops tumour growth. A paper in Nature Genetics recently identified a new breast cancer gene called RECQL, mutations in which are associated with breast cancer.
There may yet be more. Around 5-10% of all breast cancer cases are hereditary, and while diagnostic or genetic tests are available for some genes, there are yet to be any for some of the others already identified.
Although molecular subtyping of breast cancer has been proven to be useful with more patient-specific treatments, the techniques used to classify breast cancers into these subtypes can vary from place to place. Triple negative breast cancers may be the most reliably classified and identified, whereas other subtypes may have some variance. Changes in receptor status, for example, can also occur throughout the progression of the disease and in some cases equivocal results – which is seen in some HER2 testing – can make it uncertain what subtype the patient belongs to and what treatment they should have, or what the results might be.
Understanding breast cancer at a molecular level opens up the way for better treatments, but we’re also discovering just how complex these cancers are. In the long run, the more detailed knowledge we have the better.