A+ A-
Print Email
TV CHEF Donal Skehan has confided in some of his closest acquaintances that he can’t believe RTÉ let him go on the air year after year with his TV show Kitchen Hero, in which he takes viewers step-by-step through incredibly simple recipes. 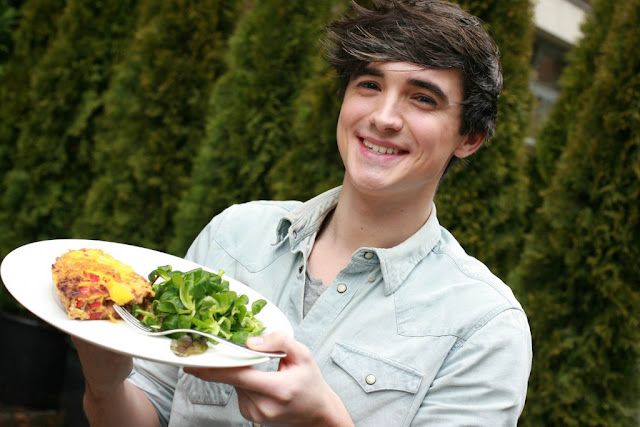 Skehan, 29, spends every day in constant fear that he will eventually be ‘found out’, and that his media empire (which includes lucrative TV and book deals as well as live shows across the country) will come crumbling down.
“I’m going out there every week showing people how to make beans on fucking toast,” said Skehan, during a conversation with friends which was overheard by an anonymous source.
“And just last week I was doing a demonstration in Carlow town to nearly a thousand people, and I was showing them the best way to boil an egg. It’s only a matter of time before they cop on to me”.
Publicists for Skehan, who have for years marketed him as having “a passion for simple, healthy, delicious home cooking, which will inspire novices and more experienced cooks alike to get into the kitchen” have taken steps to ensure that the Dublin native “keeps his shit together” while continuing to produce a yearly cookbook in time for the Christmas market.
The new series of “Kitchen Hero” is due in the Autumn, with Skehan showcasing his skills at making Ham sandwiches, Koka Noodles and Rice Crispie Buns.
Nhãn: Entertainment