A+ A-
Print Email
Islamic State militants have used chlorine as a weapon and are recruiting highly trained technicians in a serious bid to develop chemical weapons, Australia’s Foreign Minister Julie Bishop warned. 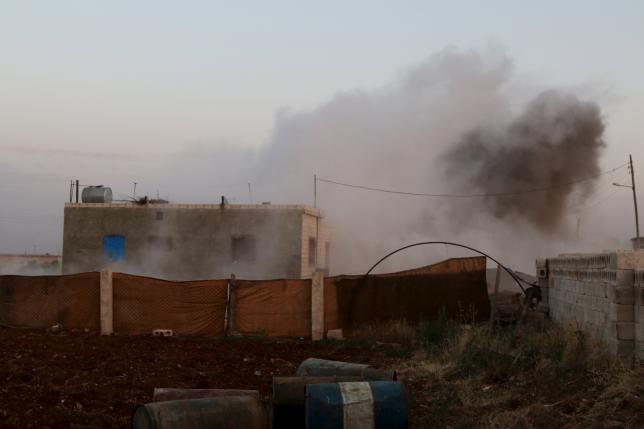 In a speech to an international forum of nations that works to fight the spread of such weapons, Bishop said the rise of militant groups such as ISIS, also known as Daish, posed “one of the gravest security threats we face today.”


“Apart from some crude and small scale endeavors, the conventional wisdom has been that the terrorist intention to acquire and weaponize chemical agents has been largely aspirational,” Bishop told a meeting of the Australia Group in Perth. The speech on Friday was posted online.
“The use of chlorine by Daish, and its recruitment of highly technically trained professionals, including from the West, have revealed far more serious efforts in chemical weapons development,” she said.
“Daish is likely to have amongst its tens of thousands of recruits the technical expertise necessary to further refine precursor materials and build chemical weapons,” Bishop said.
The comments follow allegations by Iraqi Kurdish authorities that they have evidence that ISIS used chlorine gas against their peshmerga fighters in northern Iraq in January.
The Kurdish allegations that soil and clothing samples taken after an ISIS car bombing attempt contained levels of chlorine couldn't be independently confirmed.
Chlorine is a choking agent whose use as a chemical weapon dates back to World War One. It is banned under the 1997 Chemical Weapons Convention, which prohibits all use of toxic agents on the battlefield.
The Organization for the Prohibition of Chemical Weapons has been investigating allegations of dozens of recent chlorine gas attacks in Syrian villages, but it is being refused access to the sites by President Bashar al-Assad's government.