A+ A-
Print Email
A NEW survey has found that there has been a tenfold increase in the number of females wearing running pants, just for the fucking craic.
Women up-and-down the country have been reportedly donning the sports garment even when they are not partaking in any visible sport. 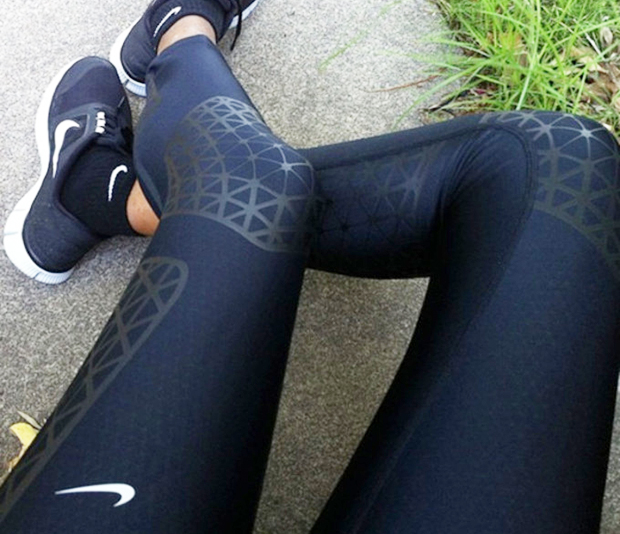 “I haven’t run in about 12 years,” said 34-year-old Helen Atkins, who admitted to wearing her black Nike Capris for the past three weeks. “.I just like the way everyone thinks I’m fit or something. I even sleep in the the things. I’d probably need a hammer and chisel to get them off at this stage”.
Fashion experts have since slated the new trend, claiming it to be a ‘lazy option’ for people who wish to give the impression that they are sporty.
“We get it. You want to appear fit and healthy looking while shopping for toilet roll. Who doesn’t?” posed fashion critic Gok Wan. “But these are running tights – for running in. Just because Kim Kardashian was pictured leaving a gym in them doesn’t make it fashion. Seriously, stop it”.
The Irish Feminist Society later called Mr Wan’s comments sexist, stating that women in 2015 still can’t wear tight clothes without men being pricks about it.
“Typical man’s attitude,” said a spokeswoman for the group. “They just can’t handle seeing our physiques without being made uncomfortable”.
Meanwhile men continue to get away with wearing tracksuits to all social occasions including weddings, funerals and job interviews.
Nhãn: Lifestyle