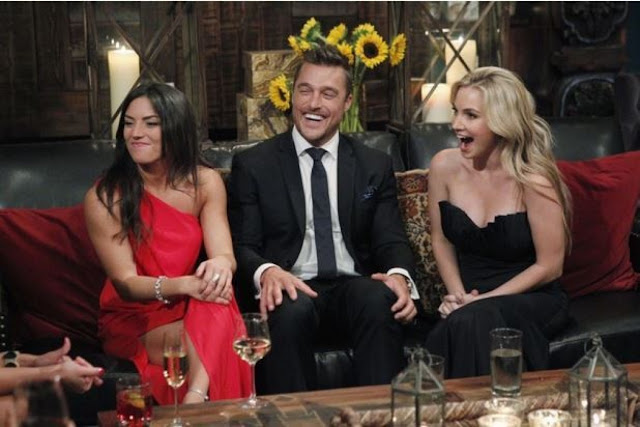 Jillian Anderson, left, and bachelor Chris Soules went their separate ways. (ABC/Rick Rowell)
She’s baaa-aack.
The local girl who made bad on season 19 of ABC’s “The Bachelor,” Jillian Anderson, will return to the franchise in “Bachelor in Paradise,” according to a recently released casting announcement.
Anderson, a former “Redskins ambassador” and Fox News producer, was among the flock of women willing to race through mud in a wedding dress for farmer Chris Soules’s affections. She was cast aside after a few episodes, one very awkward one-on-one and a black bar bikini.


[‘Bachelor’ contestant Jillian Anderson and that black bar]
In a post rose denial confession, Soules wrote that he just “wasn’t feeling it” when it came to Anderson. (And apparently the same goes for the show’s “winner” Whitney Bischoff because the couple ended their engagement in May.)
But fear not fans of fame-seekers, Anderson’s 15 minutes aren’t over yet.
The 25-year-old will join the cast of “Bachelor in Paradise,” the summer fling spin-off where the marquee show’s rejects, er, fan favorites are dumped in a tropical locale in search of a “second chance at love” — and screen time. The show and perhaps Anderson’s now infamous black bar returns on Aug. 2.
Nhãn: Entertainment