A+ A-
Print Email
A new combination of cancer drugs has been shown to stop or even shrink melanoma, a type of skin cancer, in nearly 60% of people with advanced forms of the disease. The drugs give “spectacular” results as they dramatically enhance the immune system's ability to attack the cancer, according to researchers who presented at the American Society of Clinical Oncology conference in Chicago on Sunday. 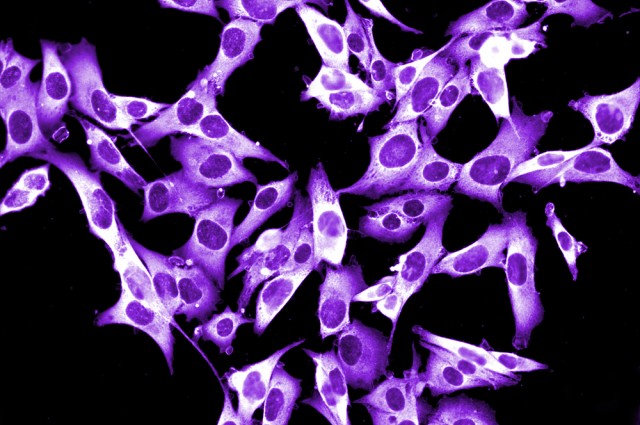 Melanoma is known to exploit the mechanism in the body that stops the immune system from attacking its own cells. The two drugs each work by exposing the different methods the cancer uses to achieves this, and by employing them in combination, opens the tumors up to attack by the immune system from two different angles.
“By giving these drugs together you are effectively taking two brakes off the immune system rather than one so the immune system is able to recognize tumors it wasn't previously recognizing and react to that and destroy them,” Dr. James Larkin, lead researcher of the study, told BBC News. “For immunotherapies, we've never seen tumor shrinkage rates over 50% so that's very significant to see.”
The two drugs used, ipilimumab and nivolumab, were significantly more effective in combination than either were alone. The researchers were able shrink the tumor by at least a third, and slow the disease progression for an average of 11.5 months in 57.5% of the people in the trial. These results give weight to the growing body of research surrounding the use of immunotherapy to tackle cancers, and it is hoped that this field, which is still in its infancy, could even replace the often toxic chemotherapy in the near future.
However, there are serious issues with the side-effects caused by this new combination of drugs, including fatigue, body rashes, and diarrhea. Whilst “together these drugs could release the brakes on the immune system while blocking cancer’s ability to hide from it […] combining these treatments also increases the likelihood of potentially quite severe side-effects,” explained Dr. Alan Worsley, from Cancer Research UK. “Identifying which patients are most likely to benefit will be key to bringing our best weapons to bear against the disease.”
Others have also warned about such “miraculous breakthrough” headlines in the media giving cancer patients false hope. Whilst the research currently emerging is promising, the idea of using the immune system to fight cancer has been known about for the past 100 years, and the progression to cure cancer is incredibly slow, often not occuring in these major 'breakthroughs.'
The results from this trial are one of many that have come out of the conference so far this week. Other studies have shown that radiation therapy for the whole brain—thought to be beneficial when cancer spreads there from another organ—does not improve survival, and another has shown that a drug called nivolumab might also double the life expectancy of patients with lung cancer.
Nhãn: Health-Science