A+ A-
Print Email
EXPERTS in the field of winning arguments have revealed that shouting louder than anyone else is still the best way to leave an argument in triumph, WWN can reveal.
Long presumed to be the best method, ‘shouting louder than anyone’ has been used by the vast majority of the human race since the dawn of time. However, up until recently it has lacked the backing from experts in the field of Argumentology. 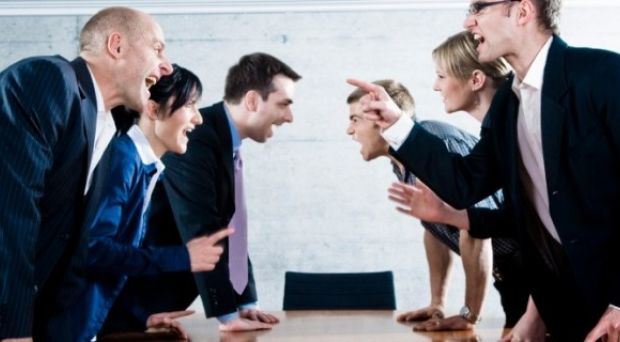 Speaking at the launch of a research paper outlining why screaming at the top of your lungs in an aggressive and exasperated manner is without doubt the superior tool in a person’s argumentative arsenal, Professor Vernon Bond claimed his work on the subject was ‘definitive’.
“As part of the research conducted we placed countless subjects in a room and had them argue over all manner of things; ‘when do the bins go out on a bank holiday weekend?’, ‘Is the ending of The Sopranos is the best thing ever?’, ‘Do women fart?’ and so on”, explained Professor Bond, “but in each case, the subject who shouted loudly was inevitably declared the winner”.
Several videos were played for press in attendance for the research paper’s launch with a number of individuals on screen shouting ‘no, no ,no …no, no! No. No. No’ each negative delivered in a louder and more definitive tone proving beyond doubt the veracity of the paper’s claims.
“You can have facts and a well-considered argument at your disposal, but if you are reluctant to shout out ‘shut up you hairy bollocks, you’re talking awful shite’ then there will always be the danger that your opponent in the argument will simply shout loudly to ensure a victory,” Professor Bond added.
This news has been welcomed by veterans of the shouting loud method.
“I suppose it just goes to prove getting angry works regardless of whether I have the facts on my side or not, and that’s of great comfort to me,” explained serial argument-haver Deirdre O’Flynn.
Nhãn: Lifestyle