A+ A-
Print Email
AFTER an eye-opening first year in third level education, studying English at UCD, 18-year-old student Conal O’Shea has revealed he has developed a set of opinions, completely unique to himself.
“My older sister told me that you mature a lot in first year and I think I’ve seen that in how I view the world now,” explained O’Shea, who lives in the Clonskeagh area of Dublin, meaning his morning commute to college is 4 minutes tops. 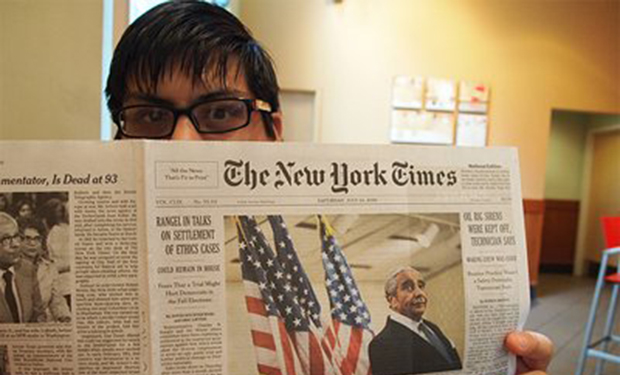 O’Shea has credited his ability to mould the ‘intellectual putty’ of his brain, fashioning it into a one of kind logic and reasoning machine with honing his worldview as well as an eye-opening day trip to Maynooth he undertook sometime in January.
“I’ve seen my peers around me get lost in the nights out and the rampant hormones of a first year in college, but I’ve actually crafted quite the set of bold, I’d say even controversial opinions,” O’Shea went on to explain of opinions he shares with millions of people.
The English student’s knowledge appetite had been whetted by the edgy underground publication The New York Times, which is read by a paltry 1.3 million people in its print form every day.
Known to avid readers of the anti-establishment bible as ‘NYT’, it was on the pages of its website O’Shea has carved out a one of a kind perception of world events and the big societal problems of today.
“It’s advantageous to read beyond the Irish media obviously,” said O’Shea referencing the writing of economist Paul Krugman, whose work is reproduced in the Irish Times, “it’s like ‘Middle East intervention, but at what cost?’ I frankly struggle to meet peers on my plane of intellectual existence”.
O’Shea admitted he was surprised he was the only one with the left-leaning perspective on a number of hot topic issues.
Nhãn: Lifestyle