Buy banner here for $75/week
Home » World-Region » Terror attacks increased by a third in 2014, US says

Terror attacks increased by a third in 2014, US says

A+ A-
Print Email
The US State Department says the number of terrorist attacks around the world rose by a third in 2014 compared with the previous year. 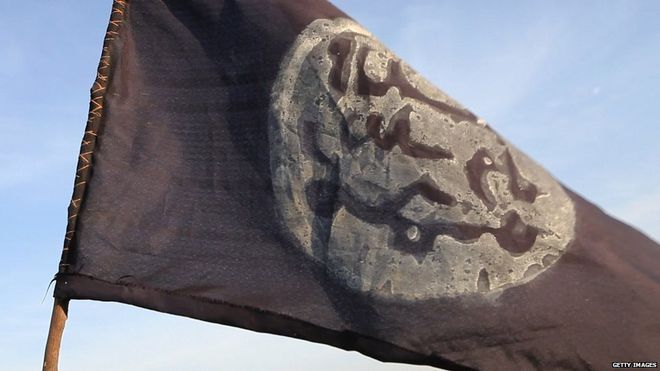 In its annual report on terrorism, the State Department says the number of people killed rose by 80%, to nearly 33,000.

It says the sharp increase was largely due to groups like Islamic State in Iraq and Boko Haram in Nigeria.
Attacks in Pakistan, the Philippines, Nepal and Russia decreased.


The deadliest attack was in the Iraqi city of Mosul, when Islamic State killed 670 Shia prisoners.
"Unprecedented" seizure of territory in Iraq and Syria by ISIS, the flow of foreign terrorists joining the group and "lone" offender extremists in the West were major trends in global terrorism in 2014, according to the report.
ISIS specifically sought out religious minorities like Christians and Yazidis in addition to killing Western journalists.
Al-Qaeda was largely fragmented in 2014, but failed governments in countries like Yemen, Syria, Libya, Nigeria and Iraq enabled extremist radicalism.
Terrorist groups used more aggressive tactics in 2014 than years before, such as beheadings and crucifixions.
Boko Haram, operating in northern Nigeria, northern Cameroon and southeast Niger, used stoning, mass murder attacks and kidnapped children en masse.
The State Department report credits UN Security Council Resolution 2178 as a "major step forward" in efforts to prevent terrorists from travelling to and from conflict zones.
The agency's coordinator for counterterrorism Ambassador Tina Kaidanow said the numbers in the report alone, compiled by the University of Maryland, do not paint an accurate picture of the state of global terrorism.
Ms Kaidanow said the US is "deeply concerned" about ISIS and its affiliates and foreign terrorists exacerbating violence in the Middle East.
The civil war in Syria spurred many worldwide terrorism events as well. The report notes that more than 16,000 foreign terrorist fighters from over 90 countries travelled to Syria in 2014.
The agency is concerned about the Iran Revolutionary Guard Courts and Hezbollah.
"We cannot predict with precision what the landscape will look like one decade or even really a year from now," said Ms Kaidanow. "But we believe strongly we can best protect America's interests and its people over the long run by engaging in robust diplomacy ... and promoting holistic and rule-of-law based approaches to counter terrorism and violent extremism."