A+ A-
Print Email
As a living organism, the human body is home to millions of microbial life forms and bacteria. Without microscopic vision, we can’t see them unless aided by technology. If you’re the squeamish sort, this is probably for the best.
The handprint in the petri dish above is causing quite a stir on the Internet and it belongs to microbiology lab technician Tasha Sturm’s 8-year-old son. 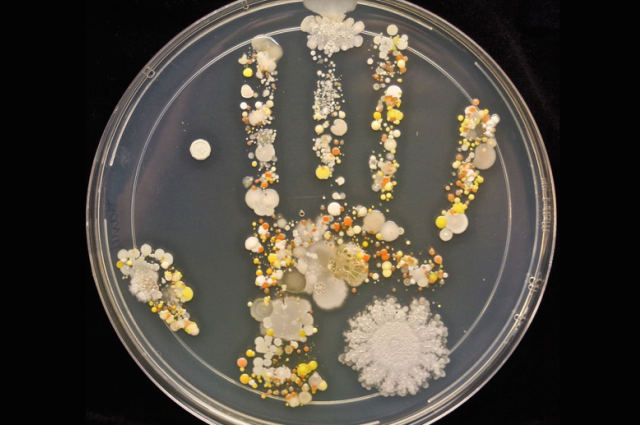 "It's partly to show that there are microbes everywhere," said Sturm to TODAY.
Posted on Microbe World, the print shows the different growths cultivated from his hand after playing outdoors. Allowed to incubate for several days, there are yeasts, fungi and bacteria.
Sturm will conduct further tests to determine what exactly the various growths are. She believes the large white circle in the bottom-right corner (close-up shown below) to be Bacillus, which is often found in dirt. She also notes that the white spots may be Staphylococcus and the yellow and orange spots could be yeast. 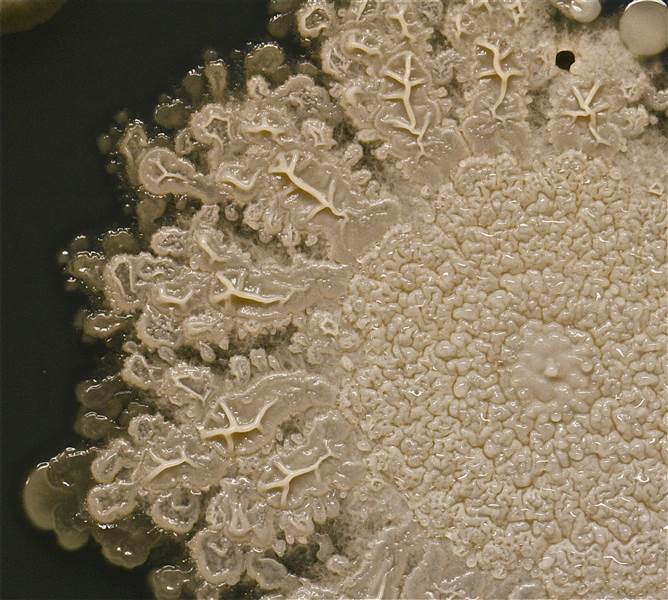 Close-up of the round blob in the bottom-right corner of the handprint / Tasha Sturm
Sturm regularly engages her kids in science experiments at home, which has led to some interesting investigations, sometimes including the family dog. After petting the dog, her son did the same process of placing his hand in a sterile petri dish and incubating the dish at body temperature for a day, and then room temperature for nearly a week. His reaction to the results: "He said, 'That's cool.' And then my daughter said, 'Let's do the dog's nose, let's do the paw, let's do the cat's tail,'" Sturm recalled.
It's important to remember that the vast majority of this organisms will be harmless, or even beneficial to human health. We are constantly coated in a variety of different microorganisms, no matter how clean you are, and our skin does a great job of keeping out the nasty ones.
Nhãn: Health-Science