A+ A-
Print Email
A top Chinese military officer began a six-day visit to the United States on Monday amid rising tensions over Beijing's assertive stance in the South China Sea. 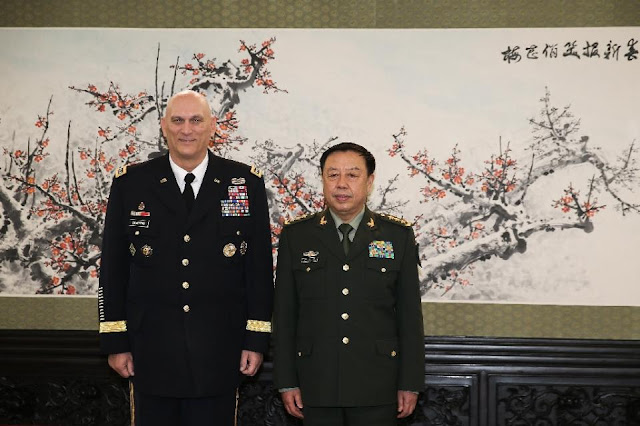 General Fan Changlong, vice-chairman of China's Central Military Commission, started his tour in San Diego with a stop at the USS Ronald Reagan aircraft carrier and will hold talks on Thursday at the Pentagon with US Defense Secretary Ashton Carter, officials said.
Carter and other top US officials have recently castigated China over its push to build artificial islands in the disputed waters of the South China Sea.
At a recent security conference in Singapore, Carter called for an immediate end to land reclamation by countries in the region, and accused China of being out of step with international rules.
"Turning an underwater rock into an airfield simply does not afford the rights of sovereignty or permit restrictions on international air or maritime transit," the Pentagon chief said at the International Institute for Strategic Studies conference.
President Barack Obama earlier this month also warned Beijing over its tactics, saying territorial disputes could not be solved by "throwing elbows."
Before heading to Washington, Fan was due to visit a Boeing factory in Seattle and a US Army base at Fort Hood in Texas.
Fan is considered a counterpart to Carter, US officials said.
The general's visit is part of a years-long effort to build a regular dialogue between the American and Chinese armed forces to defuse potential tensions and avoid miscalculations.
Carter's predecessor, Chuck Hagel, paid a visit to China in 2014 in a trip that was marked by friction, with each side trading sharply-worded criticism.