A+ A-
Print Email
With over 350 million people a year diagnosed with Type 2 diabetes, the disease has become a major world pandemic. It’s already known to have a strong genetic component, and obesity is one of the largest risk factors for developing it, but scientists may have found another aspect. It turns out, there might be a bacterial side to it too. 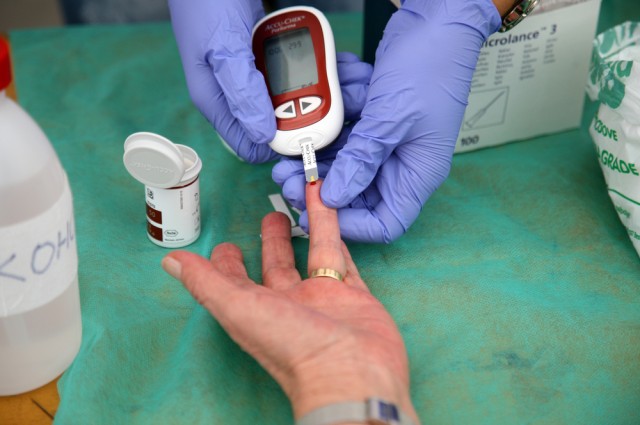 Researchers from the University of Iowa have shown that exposing rabbits to the toxins produced by the common bacterium Staphylococcus aureus for a prolonged period of time produces symptoms of Type 2 diabetes, such as insulin resistance, glucose intolerance and inflammation. Prior research has found that as people become more obese, there is an increase in the number of Staphylococcus bacteria found on them, and the scientists behind the latest study suggest that this might be influencing the development of diabetes.
“What we are finding is that as people gain weight, they are increasingly likely to be colonized by staph bacteria—to have large numbers of these bacteria living on the surface of their skin,” explained Patrick Schlievert, author of the recent study published in the journal mBio. “People who are colonized by staph bacteria are being chronically exposed to the superantigens the bacteria are producing.”
It’s becoming increasingly accepted that our microbiome, the microorganisms that live on and in us in the trillions, have a significant impact on how our bodies function. When people start to gain weight, it’s been shown that their microbiome changes correspondingly, favoring bacteria that in turn promote the development of obesity. It’s also been shown that the rate of staph bacteria colonization increases in correspondence with a person’s body mass index (BMI).
Schlievert had already shown which toxins, or “superantigens,” produced by staph bacteria can disrupt the immune system and cause a rare and potentially fatal illness called toxic shock syndrome, but his team decided to take this further and examine whether they might also be able to promote diabetes. They found that the toxins interact with the bodies’ fat cells and immune system, causing systematic inflammation. This in turn causes cells to become resistant to insulin and leads to other symptoms seen in Type 2 diabetes.
“I think we have a way to intercede here and alter the course of diabetes,” Schlievert says. “We are working on a vaccine against the superantigens and we believe that this type of vaccine could prevent the development of Type 2 diabetes.”
Bacteria have been implicated in many illnesses and diseases that were previously thought to be unrelated, such as cervical cancer and stomach ulcers. The authors therefore argue it shouldn't be too surprising that the possibility exists that staph might also influence the development of Type 2 diabetes. If this is shown to be the case, it would become a hugely important target for prevention and treatment of the disease.
Nhãn: Health-Science