A+ A-
Print Email
THE television watching public have been shocked by the latest scandal to engulf primetime favourite Britain’s Got Talent.
After the airing of the Saturday’s finale, many members of the public were outraged to discover that the programme, long thought to be the purest and most genuine thing on the planet, was in fact a contrived TV show. 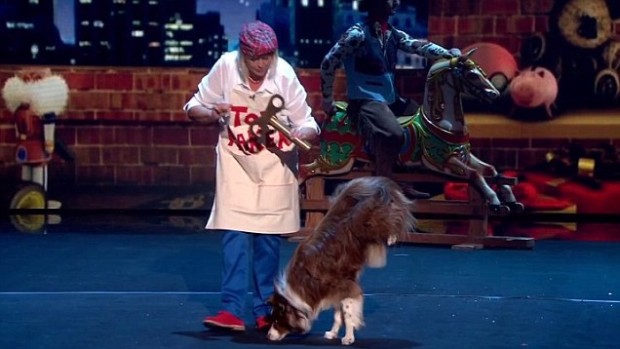 Britain’s Got Talent hosted by presenter Ant Dec, had been a big hit for UK broadcaster ITV, but it’s speculated that the news that the show may be set up to reach a preordained conclusion in advance of live performances surely spells the end for the show.
“We’ll have to look into it,” judge and producer of Britain’s Got Talent Simon Cowell told the public after the masked slipped from what was presumed to be a show that placed merit and fairness at the top of its agenda.
“We refute accusations that this show is anything but pure, unadulterated fun which is in no way planned ahead of airing,” director Lionel Goode told WWN.
“Some of the stuff I’ve heard is utter lunacy. Some nutjob has claimed we hand pick contestants that we think may appeal to audiences and craft some sort of narrative around them that wasn’t necessarily there before we met them. I mean that sort of stuff sounds like it belongs on something like the X Factor,” Goode added shortly before being fired by Simon Cowell.
The family favourite show has four judges; Simon Cowell, who impregnated his best friend’s wife, Amanda Holden, who cheated on her former husband, David Walliams, now estranged from his wife and Aleesha Dixon – who is perfect in every way.
Nhãn: Entertainment