A+ A-
Print Email
In a first for the country, surgeons in Brazil have announced that they have successfully implanted 3D-printed titanium plates into the skull of a 23-year-old woman who had fractured the bones across the right side of her head. 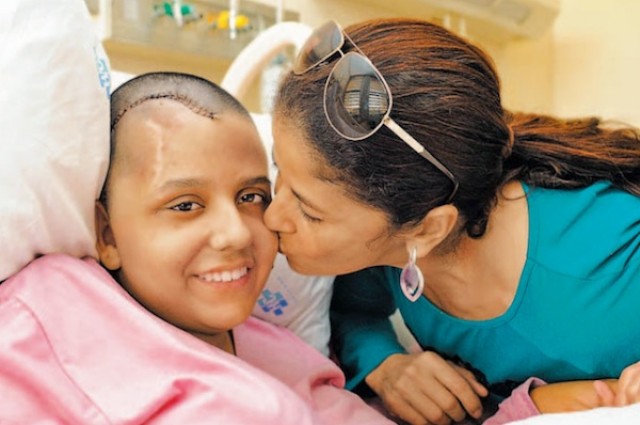 After falling from a motorcycle and hitting her face against a trash container last year, Jessica Cussioli had a 12-centimeter-long hole across her skull. She suffered from aches and pains throughout her body. “Dizziness, headache, malaise,” she said, according to 3dprint.com. “The discomfort I feel… Imagine you have severe headaches every day, all the time.”
She needed a custom-made plate to rebuild her face, but prostheses and reconstructive surgery were prohibitively pricy. Her parents turned to doctors from Universidade Estadual de Campinas (UNICAMP), who were experimenting with 3D-printed titanium implants.
Using CT scans, a team from Biofabris developed a virtual model of Jessica’s skull and they used titanium to create 3D plates that would cover the large hole. Manufacturing the plates took 20 hours, according to a Biofabris release. Compared to materials like polymethylmethacrylate, there’s a lower risk of rejection with titanium – which is also resistant to corrosion within the human body. And while it’s lightweight, the material has a strong mechanical resistance. The recovery process shouldn’t be much different to recovering from a bone fracture.
And it looks like the 8-hour-long experimental procedure was a success. “I want to go shopping! Finish my study at university, go on to a new life, with a new head,” Jessica said a week after the operation, 3ders.org reported. “Everything is new.”