A+ A-
Print Email
SOURCES close to a Dublin woman currently suffering from hay fever have confirmed that she intends to spend the whole day, and possibly the rest of the week, talking about how miserable she is due to her hay fever.
Sheila Mackey, a 27-year-old mother of none, began complaining about her hay fever almost immediately after arriving at Neeson & Harris Accountancy, where she works in admin. 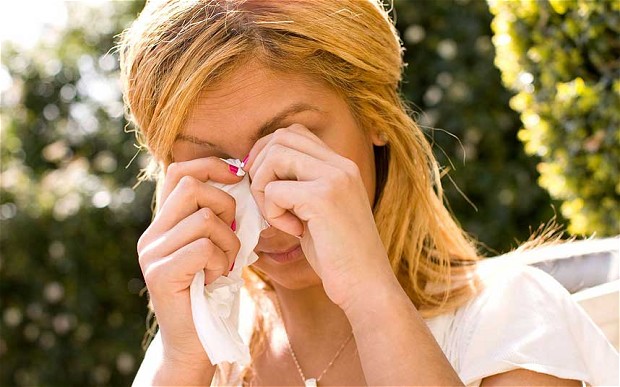 Mackey proceeded to harp on about her pollen-induced sinus complaints for the rest of the morning, pausing only to dab at her eyes and blow her nose, exclaiming “ugh, hay fever” every time she did so.
Co-workers at the busy accountancy firm have remained calm throughout Mackey’s ordeal, with many offering her helpful tips and advice, all of which were turned down, possibly in order to have something she can use to remain the center of attention.
“Many of the classic hay fever symptoms such as bitching all day are present in this case,” said Dr. Mallal Rashalli, senior consultant at the Institute Of Giving Out About Your Illness.
“Pollen in the air is causing a build-up of pressure behind Ms. Mackey’s eyes, causing them to water while she reminds everyone how lucky they are that they don’t have to suffer like she does”.
“This is accompanied by constantly asking people to ‘check the pollen count’ for the day, even though she has a computer and can do it herself. Rest assured, whatever the pollen count it, she will complain about how terrible it is”.
Nhãn: Lifestyle