WWN Review: Exclusive First Peek At The US Remake Of Love/Hate

A+ A-
Print Email
THERE are some perks to this job and WWN was privy to one-such-one this past week when US TV network Showtime flew us out alongside international media to the set of the US remake of Irish megahit Love/Hate.
We have some nuggets as we were treated to a screening of the very first episode and have an Irish exclusive for all you need to know: 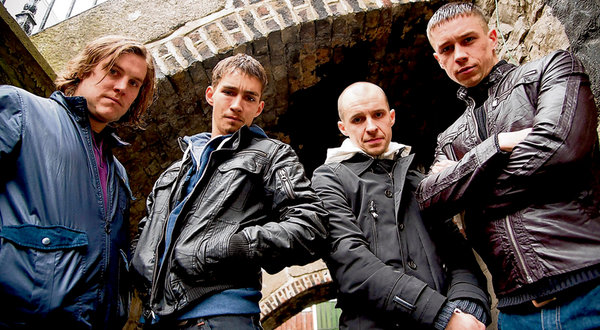 Gone of course are the familiar surroundings of Dublin’s inner city, instead Love/Hate calls its home Hawaii. Well, we should point out due to feedback from a focus group the title has been changed too.
Deemed too harsh and definitive Love/Hate will fly under the name Affection/Dislike in the US as not to alienate middle America who have objected sternly the name they judged to be coarse and ‘aggressive’.
But despite these changes Irish fans of the drama will recognise some very familiar characters and scenarios, which should serve up knowing a smile or two.
Darren, so beloved by female fans of the show, keeps his name and is essentially the same character. Returning from New York, where he was both a male model and astrophysicist, Darren is plunged back into the criminal underworld after his brother is gunned down.
His brother Robbie is murdered in near identical fashion in what is a shot for shot remake with the addition of a rocket launcher and a beheading, you will feel like you’re watching the same drama on a more rich and nuanced American canvas. Robbie’s corpse later explodes during his autopsy as pathologists fail to spot a grenade that was placed in his rectum by his killers.
What of other characters such as Nidge, Fran and John Boy? Fran is the same old loveable larger than life character with some of his best lines coming in his sermons to followers at his local Pentecostal church, but you won’t find Nidge Weasel there that’s for sure.
The US makers of Affection/Dislike are aware of Nidge’s power and potential and that’s why they snagged Dwayne Johnson for the role of the show’s anti-hero. The former WWE wrestler brings the same vulnerable and sly quality to the timid and shrinking Nidge.
We learned that for budgetary reasons John Boy will be played by Aidan Gillen again, using special effects wizardry to place his previous performance in the Irish version into scenes of the American incarnation, albeit with the same mid-Atlanty.
In a departure from the Irish version, the US version takes advantage of the loose late night TV rules and has all female characters appear naked throughout the show.
Affection/Dislike is expected to make its bow later this year on US TV and it’s safe to say we can give it the WWN seal of approval.
Nhãn: Entertainment