A+ A-
Print Email
A RECENT survey carried out in Ireland has found that an alarming number of bedroom DJs are still convinced they’ll make it in the music industry someday, despite never actually playing a live set or releasing a track.
The survey, carried out by the online magazine 12Tens asked 20,000 self-confessed bedroom producers 40 questions relating to their future aspirations. 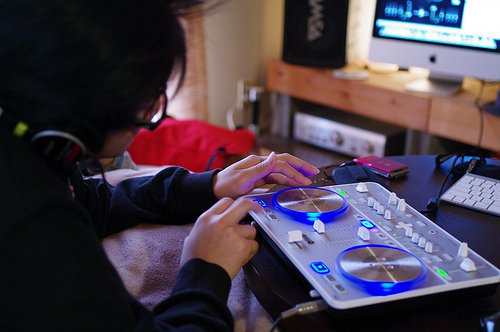 “What we found was astonishing,” 12Tens editor Harry Brady told WWN. “Almost 90% of the people we asked were actually convinced they will someday play in front of thousands of fans across the world. These people are delusional and are in need of some form of help. They’re just wasting their time”.
In Waterford alone, there are 8,789 bedroom DJs, many of whom are in their late twenties and thirties. That figure equates to 1 out of every 4 men in the county.
The shocking news has forced the government into action, with Taoiseach Enda Kenny calling for family members and friends of deranged stay-at-home DJs to stage interventions in a bid to enlighten them from their unrealistic musical dreams.
“We would ask people to not encourage them when they post sample tracks online,” Mr. Kenny said in a brief statement in his home constituency of Mayo. “Do not like, share or even play the track as this can be taken up wrongly as appreciation”.
Following the survey results, 12Tens Magazine has issued several telltale signs to look out for if you suspect a friend or family member to be a bedroom DJ, or producer:
Nhãn: Entertainment