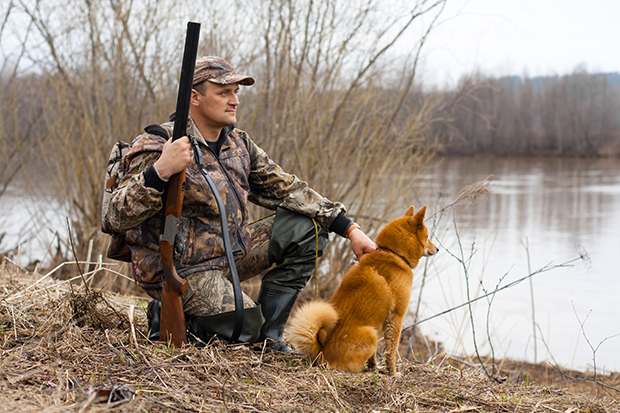 Mr. Chamberson’s legal team applied for the unique hunting license last March, after a loophole in an old law revealed that residents of California can apply for permission to hunt fellow human beings, on the grounds of ‘annoyance’ to the US public.
“This law dates back to the late 1700s, and can be granted when the individual becomes a burden to America,” stated Judge Michael Palmer, who presided over the hearing. “After some deliberation and research into Ricki Gervais’ career, I have no other option but to grant Mr. Chamberson with a licence at the cost of one hundred thousand dollars, as stipulated in the Californian state law.”
This was the third time the case was brought before the court, after finally being raised with the court of appeals. A total of 20,000 signatures was needed to fulfil the criteria for the licence, which the hunter secured in an online petition.
“We persevered and won,” exclaimed Chamberson, raising his hunting rifle outside the courts today. “I’m coming for you Ricky goody-two-shoes Gervais. I know where you live and hang out. I’m coming for you boy,” he added, spitting brown liquid from the side of his mouth.
Human rights campaigners have since slammed the court’s decision, claiming the killing of another human being was ‘inhumane’.
“Seriously, what the hell is going on with this world?” asked one man. “This loophole needs to be fixed before it starts involving American citizens. British people, fine, but not our own kind”.
“I’m glad to the court backed me today on Gervais, nobody should be able to tell me I can’t hunt defenseless animals and if they do I get to kill them too,” Chamberson said of the noted animal rights activist.
Nhãn: Entertainment