A+ A-
Print Email
A TRIO of young boys have decided to continue fighting and yelling at each other while on a road trip with their parents, having worked out that their father’s threats to “turn this car around and go home” are unlikely to be acted upon.
Sean Henighan, 7, along with his brothers Michael, 5, and Liam, 3, have been acting up since they left their home in Kilkenny this morning on a trip to Dublin Zoo. 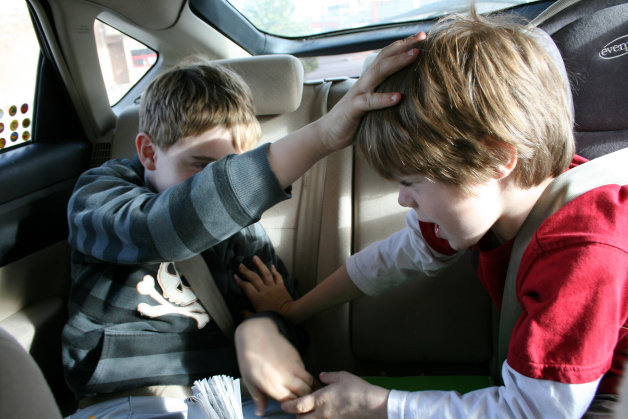 Despite constant threats from their father, Jim, who claims if the boys don’t settle down then they’ll all just go home and nobody will get to go to the zoo, the boys have opted to keep up the misbehaving, as historically these threats have never been followed through.

The kids cited previous journeys, such as last Summer’s trip to Trobolgan, during which they never stopped yelling the whole way, as proof that their father was bluffing when it came to threats made during road trips.
“We’ve weighed up the odds of Dad actually stopping the car and going home and we’ve decided that there’s no way it’s going to happen,” said Sean, acting as spokesperson for the group of children.
“We’re more than halfway to Dublin, so it’s easier for us to keep going than turn back. Plus Dad would be in serious trouble with Mam if he didn’t bring us to the zoo as promised. So when you add it all up, we can be as loud and cheeky as we want without fear”.


Sean went on to state that the boys were unlikely to behave themselves on the way home either, as their father would no longer have the “I’ll turn this car and go back” card to play.
Nhãn: Lifestyle