Convertible Mini Coopers Just Springing Up Out Of Fucking Nowhere

A+ A-
Print Email
MOTORISTS across the country have expressed bafflement at the sheer number of drop-top Mini Coopers that have appeared on the roads in the past couple of days, claiming that they seem to have appeared ‘out of fucking nowhere’.
The phenomenon was first noted late last week as the Summer sunshine began its annual two week visit to Ireland. One-by-one, convertible Mini Coopers started to manifest on the roads, all with their tops down, and all being driven by attractive, swarthy looking types wearing designer sunglasses. 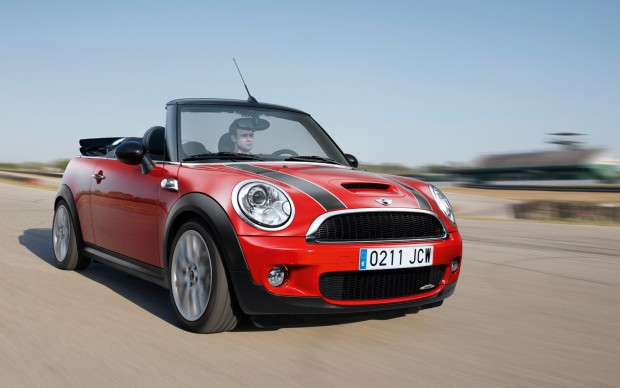 As the days rolls on and the country finds itself in the middle of a bonafide heat wave, convertible Mini Coopers now outnumber normal, sensible cars on our roads by a factor of three to one.
“10, 11 months of the year, you don’t see even one convertible Mini Cooper, not even with its top up,” said Ciaran Halliten, spokesperson for the Road Safety Authority.
“But the sun comes out and they spring up like mushrooms, if mushrooms cost you 25 grand apiece. We’d advise motorists on the road to not pay too much attention to convertible Mini Coopers they see over the next few days, and we assure them that by the first sign of rain next week, they’ll be gone off the roads for another year”.


So far, convertible Mini Coopers have been involved in over 3,000 collisions this week, as their drivers find themselves quite unable to drive while their heads are up their arses.
Nhãn: Lifestyle