A+ A-
Print Email
THE Government has welcomed recommendations from the Council for Judicial Reform, which they have stated they will put into place early next year.
The Court of Public Opinion is set to save the taxpayer some €300 million per year and also opens the door to further civil engagement with a new justice system.
“Honestly, it’s a wonder we didn’t think of something along these lines earlier,” minister for justice Frances Fitzgerald told the media at a public address earlier today. 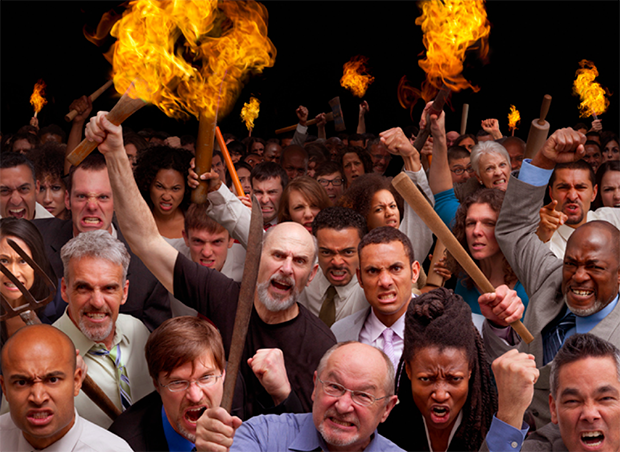 Saving on costs associated with criminal trials such as police investigations, solicitor fees and court clerks wages, the Court of Public Opinion will utilise the prevalence of online comments and news articles in forming a judgement and sentencing for criminals not yet formally charged with a crime.
Replacing traditional trials, the Court of Public Opinion will place accusations, presumptions and rush to judgements ahead of due process, cutting time and cost down quite significantly.
“These recommendations come after engaging extensively with the public, many of whom felt powerless when faced with the fact some trials take years to get to court, at which point many people have forgotten about them or simply stopped caring. These recommendations seek to rectify that,” Justice Alan Farnham, head of the Council for Judicial Reform explained to WWN.
Coming into effect early next year, Irish criminal courts will give way to the Court of Public Opinion in all cases which gain prominence through the media and social media and catch the public’s attention.
“Not only does it save money, but I think it helps the public engage with the idea that you can be judge, jury and executioner, and that’s really at the cornerstone of the concept of justice and the Irish legal system,” minister Fitzgerald added.
Once guilty verdicts are decided via collating all comments from social media and news publication comment sections, the public will get to vote on the sentence and punishment of the guilty.
Nhãn: Lifestyle