A+ A-
Print Email
A COUNTY Longford man has vowed to keep his lips sealed in future when passing people he doesn’t know on the street, after being blanked yet again for the umpteenth time this week.
Charlie Price, who moved to Dublin last year, admits he hasn’t been able to kick the habit since leaving his home town; pointing out that Dublin people are nowhere near as friendly as the folks back home. 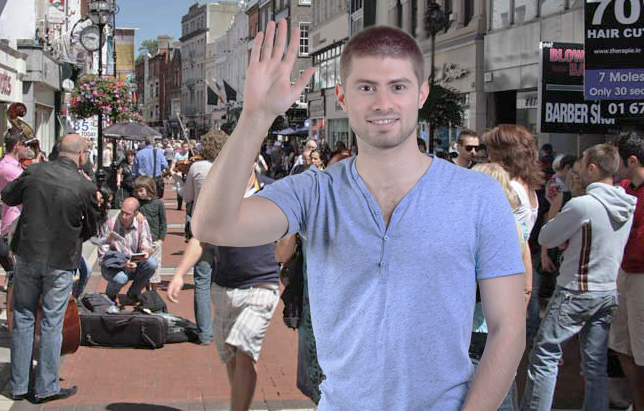 “How hard is it to say hello back?” asked the 28-year-old, not getting a reply from this reporter.
“Seriously though, people up here don’t even acknowledge each other. I’ve been sharing an apartment the last year and have had literally zero conversations with the two guys I live with.
“What’s that all about?” he asked again, now obviously realising he wasn’t getting an answer.
Price went on to describe a rather strange and peculiar phenomenon in Longford where, he claims, everyone says hello to everyone else, even if they don’t know who they are.
“Am I talking to myself here?” he then asked. “Will this be in the paper like?”


Leaving the culchie where he stood, this reporter could not help but notice his overly clingy behaviour, and pondered whether this may be where his problem lay – that in fact it was his own insecurities driving this uncontrollable urge to reach out to his fellow human being, regardless if he knew them or not.
Nhãn: Lifestyle