Buy banner here for $75/week
Home » Lifestyle » Girlfriend Spends Duration Of Murder Mystery Film Shouting “Bet Ya He Did It!”

Girlfriend Spends Duration Of Murder Mystery Film Shouting “Bet Ya He Did It!”

A+ A-
Print Email
WITH only 30 seconds elapsing since the end of 94 minutes worth of pre-movie trailers, Sinead Harrison has begun to vocalise her theories as to the identity of the killer in murder mystery movie Emoji Killer, much to the consternation of her boyfriend Sean Gillen. 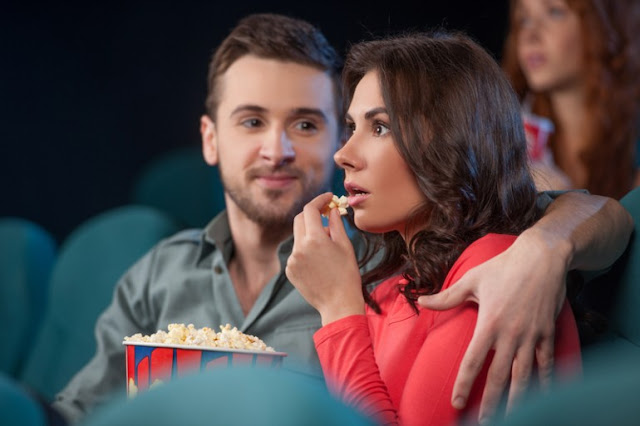 While the opening credits were still in their infancy, Sinead had already asserted several times that she is almost certain she knows who is carrying out the murders of the principal cast, despite the fact the first murder has yet to occur.
“Bet ya he did it,” Sinead asserted as the figure of a whistling postman cheerily delivering a letter into the mailbox of the lead character, a high school cheerleader, played by 31-year-old Mila Kunis.
“But did ya not see the way he looked at the letter,” Sinead whispered using a special technique which meant everyone in the cinema could hear her, forcing Sean to ask her to shush.
“Actually no wait look at this lad, and the eyebrows on him, he deffo did it,” Sinead quickly added once she laid eyes on only the third character to appear in the movie, a charming but stuffy English teacher.
As the first murder occurred, Sinead immediately critiqued the ensuing police investigation into the crime, casting real doubts about the professionalism of the officers involved.
“Who walks into a crime scene munching on a donut? Ah, if that was me now, I’d complain to his boss, have him fired and all,” Sinead said in response to a question Sean never posed.
“Actually, you know what, I bet ya he did it,” Sinead said, confirming her suspicion that in total every character that has appeared on screen is the murderer.
Nhãn: Lifestyle