Home » Health-Science » Heroin Use and Overdose Deaths Rising in the U.S.

Heroin Use and Overdose Deaths Rising in the U.S.

A+ A-
Print Email
The number of people doing heroin in the U.S. has reached ‘epidemic’ levels, according to a Centers for Disease Control and Prevention (CDC) report. Use of the drug increased by 63% and heroin-related overdose deaths nearly quadrupled from 2002 to 2013. 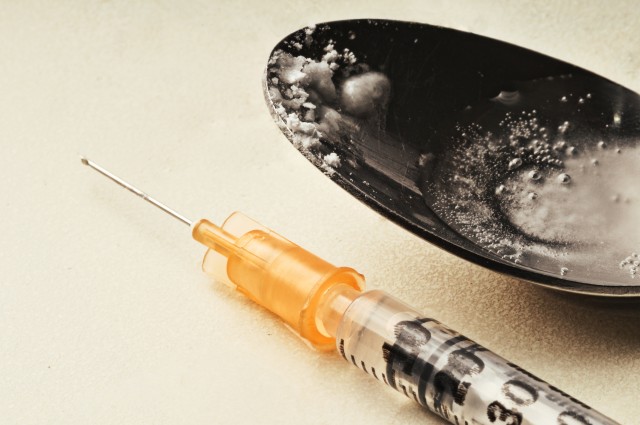 The rise in use has been seen in nearly every demographic group, the CDC notes. In particular, the report found that heroin use has doubled among women and non-Hispanic white people. Though it was most common among males, those who are most at-risk of dependency are people aged 18-25 years, non-Hispanic whites and those with an annual household income of less than $20,000 a year. The report suggests the rise in heroin use is being driven by prescription drug abuse, particularly opioid painkiller use.
“It's really a one-two punch,” Dr. Tom Frieden, head of the CDC, said in a phone briefing.
“First is an increasing number of people primed for heroin addiction because they're addicted to or exposed to prescription opioid painkillers; and second is an increase in the supply and accessibility and decrease in the cost of heroin,” Frieden explained.
People addicted to prescription painkillers are 40 times more likely to abuse or be dependent on heroin. According to Frieden, heroin costs roughly five times less than prescription opiates on the street. The report also shows that those using heroin in the past year were far more likely to use at least one other drug, which included marijuana, cocaine and alcohol. This lethal combination can increase a person’s risk of overdose because mixing drugs can have unpredictable and exaggerated effects on the body.
“I'll tell you that as a doctor who started my career taking care of patients with HIV and other complications from injection drugs, it's heartbreaking to see injection drug use making a comeback in the U.S.,” Frieden said.
Most people who went into treatment centers for heroin addiction admitted to injecting the drug. Frieden reports to seeing “clusters of Hepatitis C and of HIV” as a result of opioid injections.
The CDC is calling for a “comprehensive response” at both the federal and state levels to address the heroin epidemic. Frieden suggests this approach has to include “both prevention and treatment and recovery” for those who abuse heroin. States can play a key role by monitoring the use of prescription painkillers and improving access to treatments.
“Everyone has a role to play. States, public health, health care providers, families, communities, law enforcement, and to those who may be addicted or become addicted, seek help because treatment works,” Frieden said.
Nhãn: Health-Science