A+ A-
Print Email
LOCAL hipster Felim DuBois (né Mullen) is reportedly already preparing a contrary remark about a much loved and popular thing, WWN has learned.
Felim, a part-time artist, singer, poet, craft beer aficionado and retail worker, has not yet revealed the exact date on which he will unveil his controversial remarks which will go bravely against the popular consensus, but has assured friends that it will be divisive. 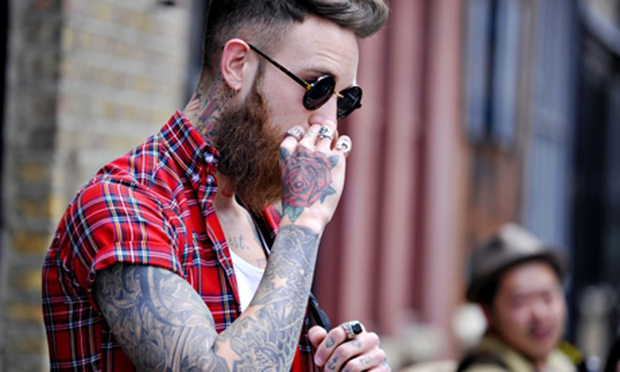 “Think he’s staying tight lipped about what he is planning to hate, as its not quite popular enough yet, but rest assured once he does, he won’t shut the fuck up moaning about it,” Geroge Toland, an associate of Felim’s told WWN.
“Oh no, no, no. I can tell ya people won’t be happy with what I have to say about it,” Felim explained as he went shopping in a local bin for some capitalist-neutral food.
“I was the first one to say Taylor Swift was a bag of piss, and then when people actually started to like her again, I said it again. I kind of make it my business to rail against this consumerist culture that rewards artistic mediocrity,” he added.
Little else is known about the substance of Felim’s purposefully contrary view, but he has confirmed it will be unveiled in his local pub at around 11.30pm this Saturday.
“Ah, I’d say it has got to be something on Greece,” speculated Al Tyrell, a close friend of Felim’s while another acquaintance Terry Matthews added his two cents.
“If I was a betting man, I’d say it’ll have to something big to get everyone’s attention. Lads…he’s renouncing craft beer, that’s it, he’s gonna say it’s too commercial now,” Terry concluded.
Nhãn: Lifestyle