A+ A-
Print Email
MINISTER for Communications Alex White has launched an inquiry to find out who is still requesting songs on the radio, WWN can reveal.
Despite an abundance of music streaming services, and an almost 24/7 universal access to the internet, several people are still ringing into radio stations to request their favourite songs.
“It’s really quite disturbing,” Minister White told WWN earlier today, “here we are as a Government, expressing to the outside world that Ireland is a modern country, very much part of the 21st century but still certain people ringing in to radio stations looking to request a song”. 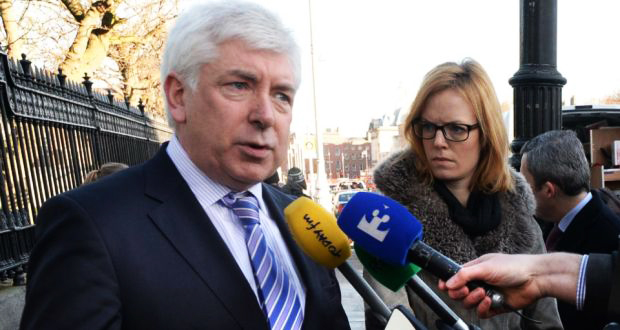 “We’d look a laughing stock if anyone got wind of this. I mean, what does it say about our education system that people still don’t realise you can simply search through Spotify or YouTube for that stuff?” White added.
The inquiry’s first task is to track down a ‘Ciara from Blanchardstown’ who rang a 2FM afternoon radio show to request ‘Lucky’ by Britney Spears, before moving on to several other song requesters living in the midlands.
“We had fully explored the possibility that radio stations were just making up these requests, plucking them from their arses but you know the scary thing is? These people really do exist,” explained the head of the inquiry Andrew Gallagher.
According to the most recent available statistics some 47 people have requested a song on radio in Ireland in 2015, with no indication that any of these people have the cop on to just play the song on their phone or music player themselves.
As part of his remit as Minister for Communications, White has paid for a series of informative radio adverts which form an awareness campaign.


“‘You know you can basically just play the song yourself, right? Think. Don’t request’ that’s my favourite of the ads,” confirmed White.
Nhãn: Entertainment