Jedward Announce They Are Consciously Uncoupling

A+ A-
Print Email
“IT is with a sadness that we proceed with actions we knew were a long time coming, but the truth is professionally and personally we have grown apart. We have now decided to consciously uncouple,” read the statement from Jedward on their official website, rocking the pop world to its very core.
The move to consciously uncouple sees them follow in the footsteps of most famously Chris Martin and Gywneth Paltrow, but the twins insist the move will prove best for them and their fans.
“It was exhausting; the nightly fights for the top bunk, when I found him wearing my clothes without my permission, we really has reached the end of our tethers,” John revealed to WWN, “we don’t even wear matching pajamas anymore”. 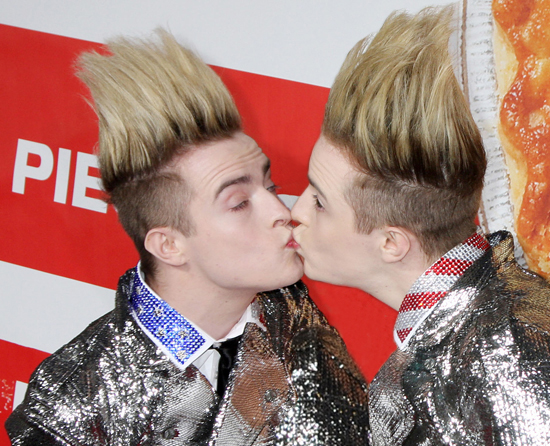 “Honestly, it really was the only option,” added the other one.
Jedward’s decision to consciously uncouple sits in stark contrast to their unconsciously slipping out of the limelight, which continues apace, but the pair insist their careers, though separate now, will flourish.
“Well I’m hugely into exploring our relationship as a species with empathy and I think that will be evident in my one man show in the Tate later in the year, Ai Weiwei and myself will be collaborating too later in the year,” John explained to WWN.
It is understood several Jedward fans are devastated by the news.
“This is like, the worst news ever. I had been working so hard on some erotic fan fiction about them, but if they’ve split up, how the hell will my story seem plausible?” Anna Moran, die hard Jedward fan revealed to WWN.