A+ A-
Print Email
DESPITE dividing opinion, Kanye West’s set at Galstonbury is set to go down in the history books as the rapper invented what people have begun calling ‘Music’.
Following Glastonbury organisers’ recent desire to place a ‘controversial’ headliner on the Pyramid stage followed by a well worn media narrative of ‘winning over the doubters’, Kanye West was set to test the patience of die hard Galstonbury fans.
An incredibly brave West unveiled his latest creation, music, to the baying crowd with experts in sound claiming the new artistic form contains melody, harmony and rhythm among other elements. 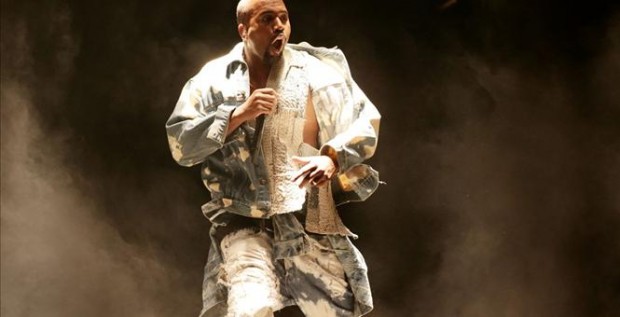 After spending a total of 1 hour and 45 minutes on stage many people on social media who had previously stated their hatred for the rapper, reaffirmed their opinion that West is a ‘twat’. However, nearly as many people who had previously confessed their love for West also took to social media, reaffirming his ‘genius’. It is believed absolutely nothing has changed as a result.
The sampler of Move On Up, I Got A Woman, Mystery of Iniquity, Harder Better Faster Stronger and countless other songs had encouraged the crowd to thank him for inventing music as it would bring an untold joy to billions of people in the coming centuries.
“We were caught by complete surprise, we weren’t too sure what to expect from Kanye since he is so mercurial, so unpredictable, but we never for a second thought he would invent an entire art form,” explained Emily Eavis, one of the festival’s organisers. The 2015 iteration of the festival represents the 33rd time in a row that the festival was ‘the best ever’.
It is thought West’s wife, Kim Kardashian documented the exact moment her husband invented music via 3,457 photographs.


West for his part said he was humbled to discover he was the greatest ever human being that has ever and will ever live.
Nhãn: Entertainment