A+ A-
Print Email
TRAGEDY has once again struck Kildare man Adrian Flanaghan, as the father-of-two once again made the terrible mistake of eating too much bread before his meal came out while on a night out with his wife.
Flanaghan, 37, had been on a ‘date night” with his wife Marissa at the newly opened Italian restaurant in Kildare town, having secured a babysitter for their two young children for the first night in months. 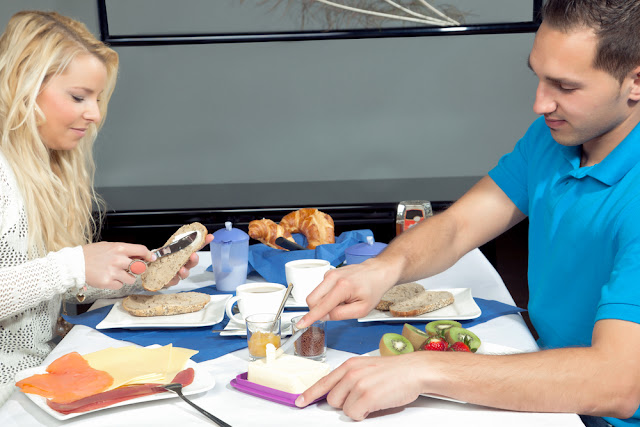 The pair had been admiring the decor of the restaurant while ordering both starters and a main course each, when Adrian began to help himself to the complimentary basket of bread that was sitting on the table.
Despite pleas from his wife to leave room for his dinner, Flanaghan continued to eat roll after roll of delicious homemade bread dipped in olive oil. This bread-feast went on until his main course arrived, at which point the unthinkable happened.
“I could barely look at my steak,” sobbed Flanaghan, as he asked the waitress to box it up for him so that he could have it for lunch tomorrow.
“I thought I was hungrier than I was, I thought I needed all that bread… turns out, I filled up on the thing they give you for free, and couldn’t manage to eat more than four bites of the meal I paid €30 for. I’m just so ashamed of myself”.
Marissa Flanaghan, who limited herself to one bread roll, was able to eat and enjoy her main course of Lasagne without any hassle whatsoever, and will eat her husband’s steak tomorrow after he forgets to bring it with him for lunch.
Nhãn: Lifestyle