A+ A-
Print Email
A NEW movie due for release later in the year is already garnering the reputation of being an “instant cult classic”, despite the fact that audiences have yet to watch it.
“The Colourful Bush”, a low-budget romantic comedy from first-time director Sam Harrington, picked up a lot of industry buzz at the recent Cannes Film Festival, where it screened out of competition along with 1,234 other low-budget romantic comedies. 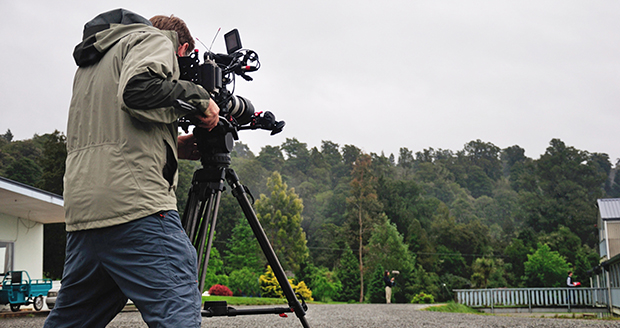 The quirky tale revolves around Max, an out-of-work DJ, and his relationship with Maggie, who runs her Dad’s gardening business but dreams of being a dancer. The pair wander around New York in the Autumn for 90 minutes, then the credits roll.
The movie was purchased by a Hollywood film distribution company, who instantly started praising it as “an instant cult classic”, and next year’s “unmissable sleeper hit”.
“Normally, a movie will come out, perhaps not do all that well, but finds an audience years down the line after it has been released on home video or played on TV,” said Norman Archer, CEO of Arclight Pictures.
“These movies become known as cult movies, or cult favourites. But that process is a bit too slow, so we like to get the ball rolling early. We just tell people it’s a cult classic, and hope that enough people believe us to go see it in theatres for us to make a profit. It doesn’t actually need a cult following; it just needs enough people to believe that it has one”.